Did you know that Tennesseans can privately disclose their disability for use by law enforcement and first responders? If you want to disclose your disability and need for help, fill out the “ Application for Precious Cargo Designation on a Tennessee Registration” form on the TN Dept. of Revenue’s website (https://www.tn.gov/revenue/title-and-registration/forms.html) and take it to your county clerk’s office.

If you need an accommodation or have questions, contact revenue.support@tn.gov

One of our “at-large” Council members, Martez Williams, lives in Nashville. He was appointed to the Council by Governor Haslam in 2016 and was reappointed for a second term by Governor Lee in 2019. He is also a 2017 graduate of Partners in Policymaking®, our leadership development program for people with disabilities and family members.

Martez uses a wheelchair and needs canes to transfer in and out of his vehicle. “What happens if I get stopped by the police and ordered to get out of the car? If I reached for my canes, would the police officer think that I was reaching for a weapon?” As a Black man with a disability, the concern has plagued Martez, who did not want a public display of disability on his vehicle.

When Martez first brought these concerns to the Council in 2020, we supported him to share his perspective in an op-ed published in The Tennessean and with his legislators. In 2021, during a meeting with his representative, he learned of a bill already under consideration (HB0040/SB00110). The bill would allow people with communication barriers to disclose their disability to law enforcement through the vehicle title and registration system. Martez worked with the bill’s sponsor to add language about drivers needing “assistance exiting the vehicle” to the legislation. The “Precious Cargo Act” was passed during the 2021 legislative session. Martez was proud to attend the bill signing event with Governor Bill Lee and others who advocated for this issue.

The Council is here to make sure that voices like Martez’s are heard by policymakers. Councils on developmental disabilities were created so that people with disabilities and their families help shape the policies and systems that affect their lives. 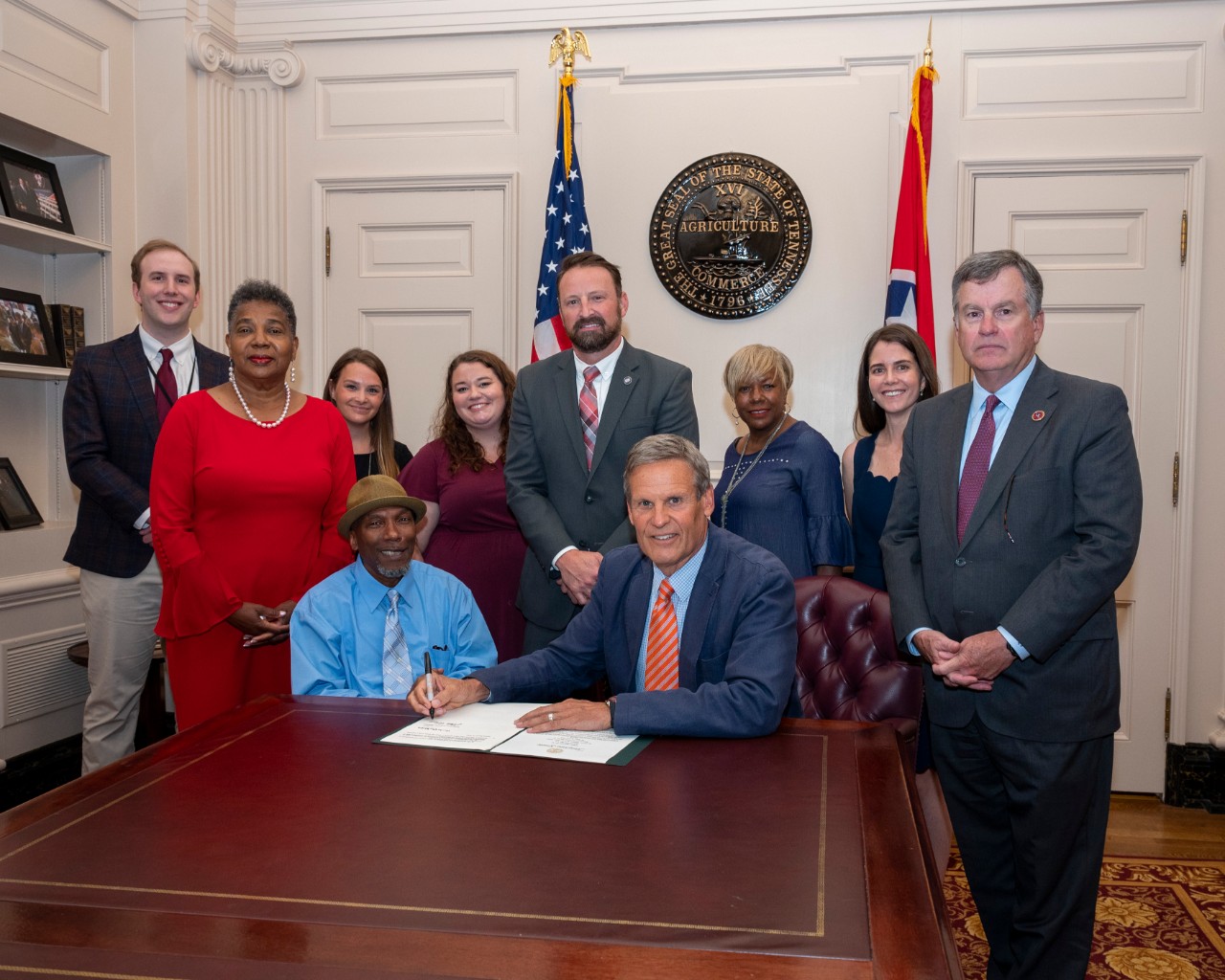 Martez Williams, Council member, at bill signing of "Precious Cargo Act", summer 2021 with Gov. Bill Lee and other advocates for the bill.
Close