Editor’s Note: October is National Disability Employment Awareness Month. In celebration, we are sharing these stories from DIDD and Tennessee’s Council on Autism Spectrum Disorder. The people in these stories have found job paths that fit their unique interests and strengths. Want to know more about how our state is working on employment for people with all kinds of developmental disabilities? Visit Community Services > Employment First on DIDD’s website: tn.gov/didd. 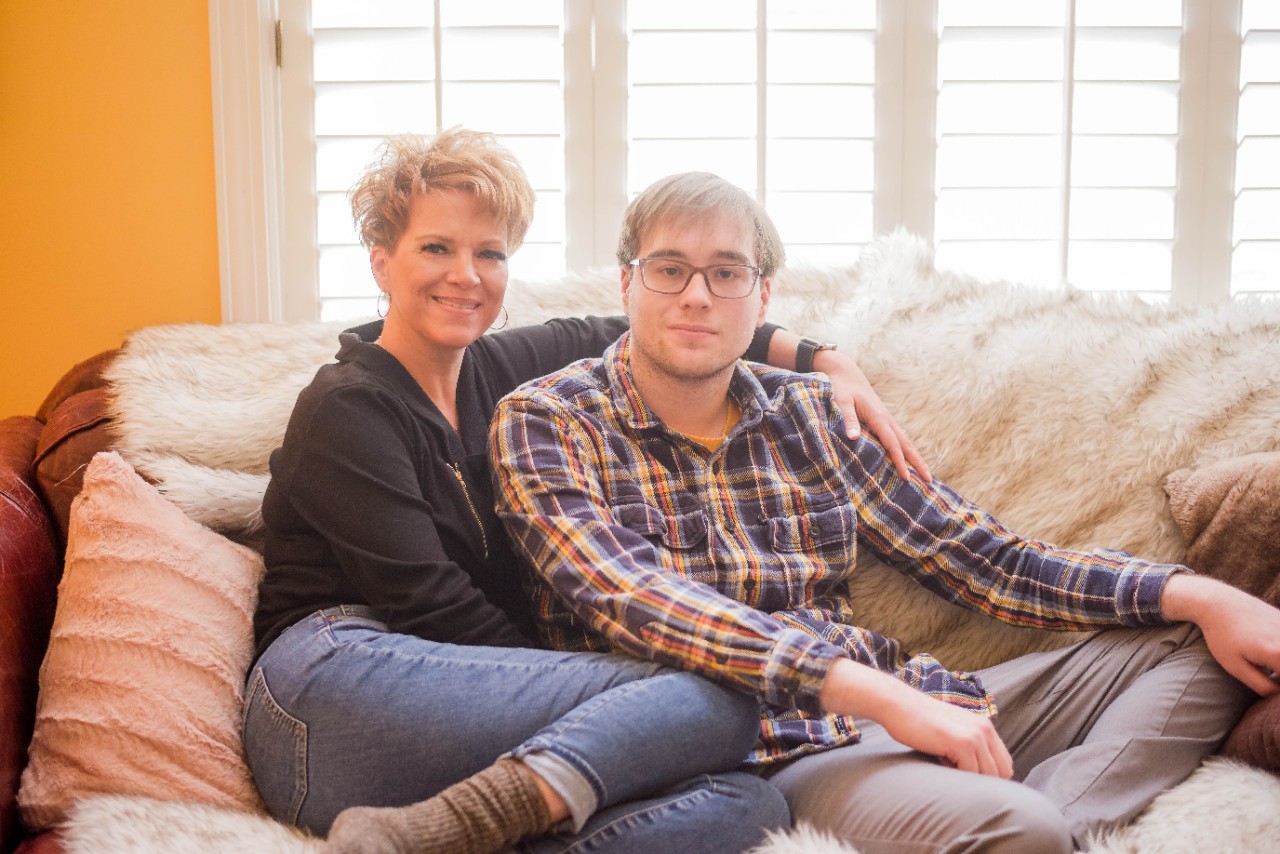 Juli Liske and her son Ben

Through raising her sons with autism, Juli Liske came to understand herself more. She was diagnosed with autism as an adult and learned to better advocate for her own needs and her family’s needs. “It was really life changing. It opened up not just understanding my children better but having a little more grace and patience for myself,” Juli explained. “There's no better employee than people on the spectrum for a lot of jobs. It has to be a way of life and a way of wrap-around-thinking in order for folks with autism to fulfill their greatest potential.”

Juli is now an author and dental hygienist. She wrote a book to help other families like hers called “In the Eye of the Hurricane – Finding Peace in the Storm of Autism.” Ben, her youngest son, is featured in the book.  He is now 21 years old. He’s a teacher, musician, tutor, and was recently accepted into a doctoral program at a university in Georgia.

From 2008 to 2017, Juli opened and ran the Brown Center for Autism. The Center was an early intervention organization that provided many different services, including counseling, for families of children with autism in Tennessee. She says her current job in dental hygiene allows her to continue her work with families by helping autistic patients feel more comfortable in the dental chair. In addition, Juli is a board member for the National Autism Spark Research Study. This role allows her to be a part of making change nationally that will improve independent living, employment, and community accessibility for people with autism.

After trying out many different jobs, Sydney Maitland feels like he has finally found a career that calls to him. That job is just a few steps outside his backdoor at his home in Trenton, TN, where his farm stands. That’s where Sydney cares for three chickens for laying eggs, several dairy goats, and homing pigeons. He is working with Vocational Rehabilitation and Tennessee AgrAbility to create a business plan and get the training he needs to learn how to make a living off of what he loves: his livestock.

Sydney was a premature twin and was diagnosed with autism as a child. He graduated high school with honors, but he didn't know what he wanted to do after graduation. He’s always loved animals and the outdoors, so his parents decided to build him the farm behind their house. He says it’s now where he feels most like himself. He’s excited to see how his business will take off.  “I just want to say to the people who have autism, if you have a dream or a goal in life just go for it. People with autism, they're capable of doing things just as well as any other person. It rather means you just have to do things a little bit differently.” 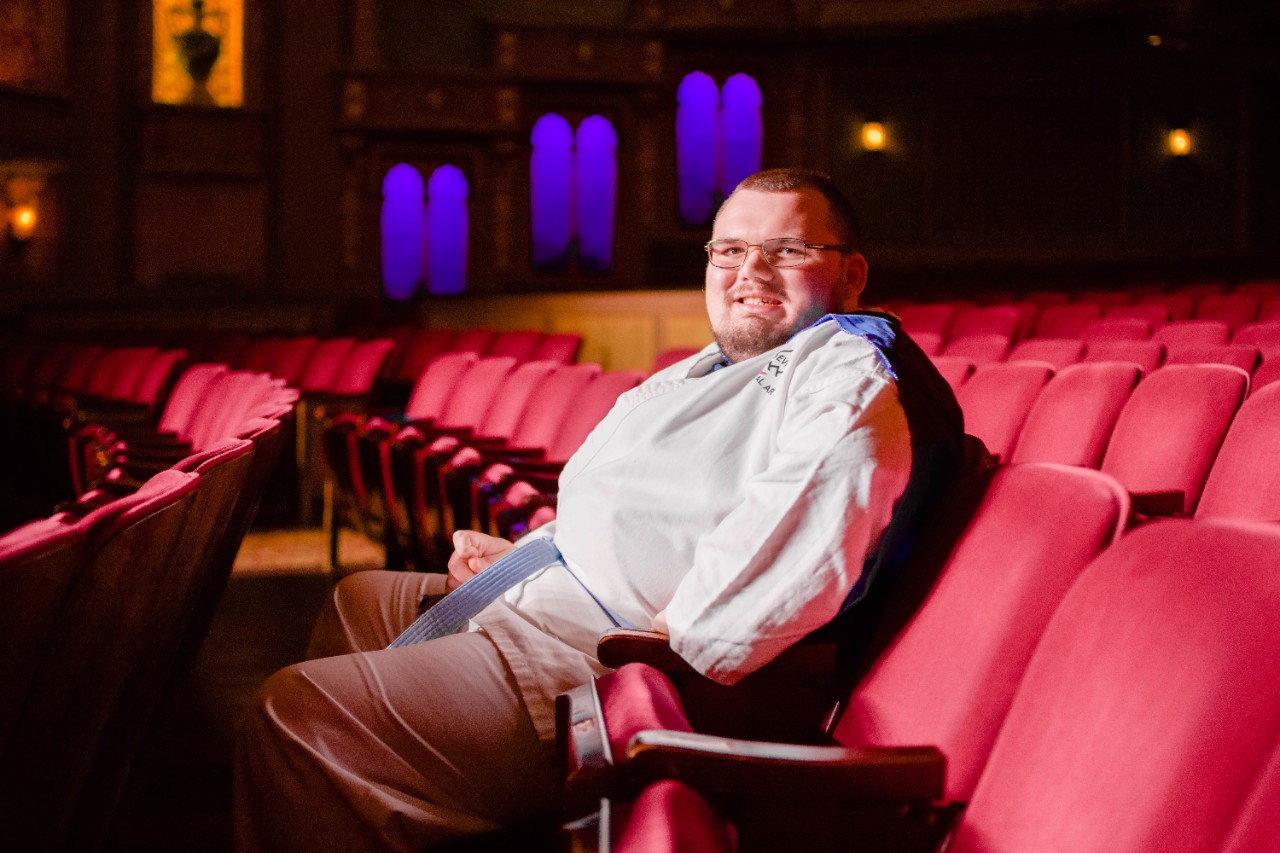 With the cape on, Super Jacob is a crime-fighting, comedic superhero ready to take on the toughest of villains in the name of love and community. With the cape off, Jacob Collins is a movie theatre employee who’s passionate about entertainment.  “Oh yes, I am glad to be myself,” Jacob said. “I am glad to be the good way God made me. I like showing people some funny stuff. It makes me feel very proud.”

Jacob works at Forge Cinemas in Pigeon Forge, where he likes to talk to customers, take their tickets, and tell them about all the voices behind their favorite characters. When he’s not working, he’s often writing.  He has been writing about his character, Super Jacob, for years. He now has a notebook full of 183 seasons of adventures and heroics. The stories all feature the man dressed in a white karate gi (karate uniform) and a brilliant blue cape with the letters S.J. on the back. The first season became a comic book called Super Jacob Saves a Rose.  Jacob’s dad and a local community theatre helped Jacob turn that story into a play. Super Jacob Saves a Rose was performed in front of a full audience at the Creative Theatre in 2019.

Jacob is ready to get back in front of the stage lights. He says he’s already working on the sequel script for Super Jacob and the Impractical Joker. He dreams of being a voice actor one day.