By Nathan Fields, Chief Executive Officer at Plant for a Change 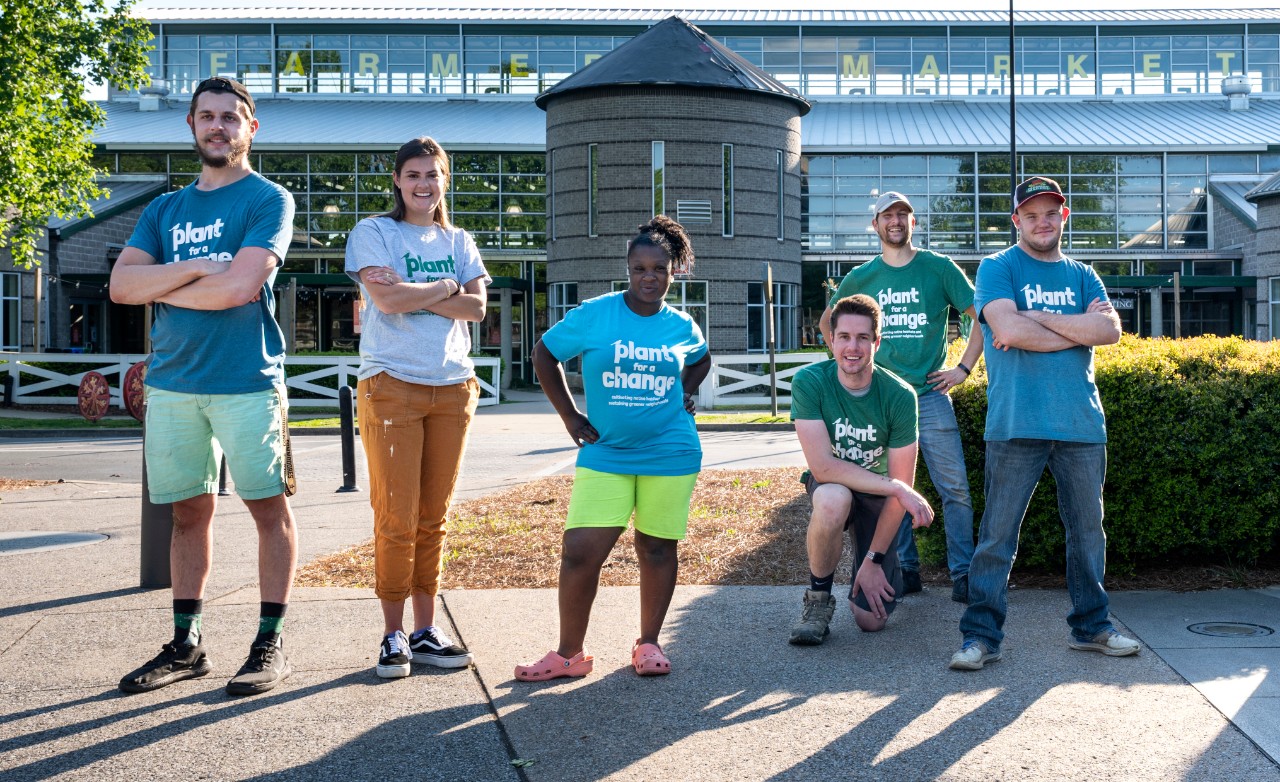 March 2020 brought tornados, a global pandemic, and an economic shutdown to Middle Tennessee.  It was a call to action for members of InterVarsity, a Vanderbilt campus faith group that includes people with and without disabilities. The group had been gathering weekly since spring 2017.

“We were talking about prayer needs one day. We talked about how most business managers don’t want to hire people because of a disability,” says Diamond Grigsby. Diamond is a 2018 alumna of the Vanderbilt Next Steps inclusive higher education program. (She is also a 2021 graduate of the Council’s Partners in Policymaking® Leadership Institute.) “Rather than wait for the right manager to come along and hire us, we began to think about what it would be like to be the managers we hoped for. We could hire people with and without disabilities to work alongside each other.”

Charles Feddeman, then a senior in Next Steps, remembers the struggle he and other peers faced in the spring of 2020, right before graduation. “We had been part of a great university experience with Next Steps, and then the pandemic hit. We all struggled looking for jobs.”

As the group looked at business ideas, they knew they needed something that could be done outside and would continue during the pandemic. In spring 2020, plant nurseries and outdoor garden stores around Tennessee stayed open and were considered “essential businesses.” InterVarsity member Nathan Fields was inspired by The National Wildlife Federation’s “Garden for Wildlife” habitat program. It focuses on growing native plants to meet the needs of local wildlife. Nathan proposed the idea of a native plant business that would promote native habitats and greener neighborhoods. Charles Feddeman proposed the name: “Plant for a Change.”

In May 2020, the team of alumni from Vanderbilt’s Next Steps and Peabody Education programs officially launched the first native plant business co-managed and co-owned by people with and without disabilities. The team of co-managers chose to create a business rather than a non-profit. They want to show employers at for-profit businesses that fair employment and management alongside people with disabilities can be done.

Co-manager Jack Pipkorn and co-manager Daniel Brawner share family connections that have shaped Plant for a Change. Jack’s father has a tree service and Jack and Daniel both bag wood chips for mulch from Nashville native trees. Daniel’s sister is getting her PhD in Animal Ecology at University of Tennessee-Knoxville. “She is so excited and proud of me having this job and being part of starting this up, and that means a lot,” Daniel says. 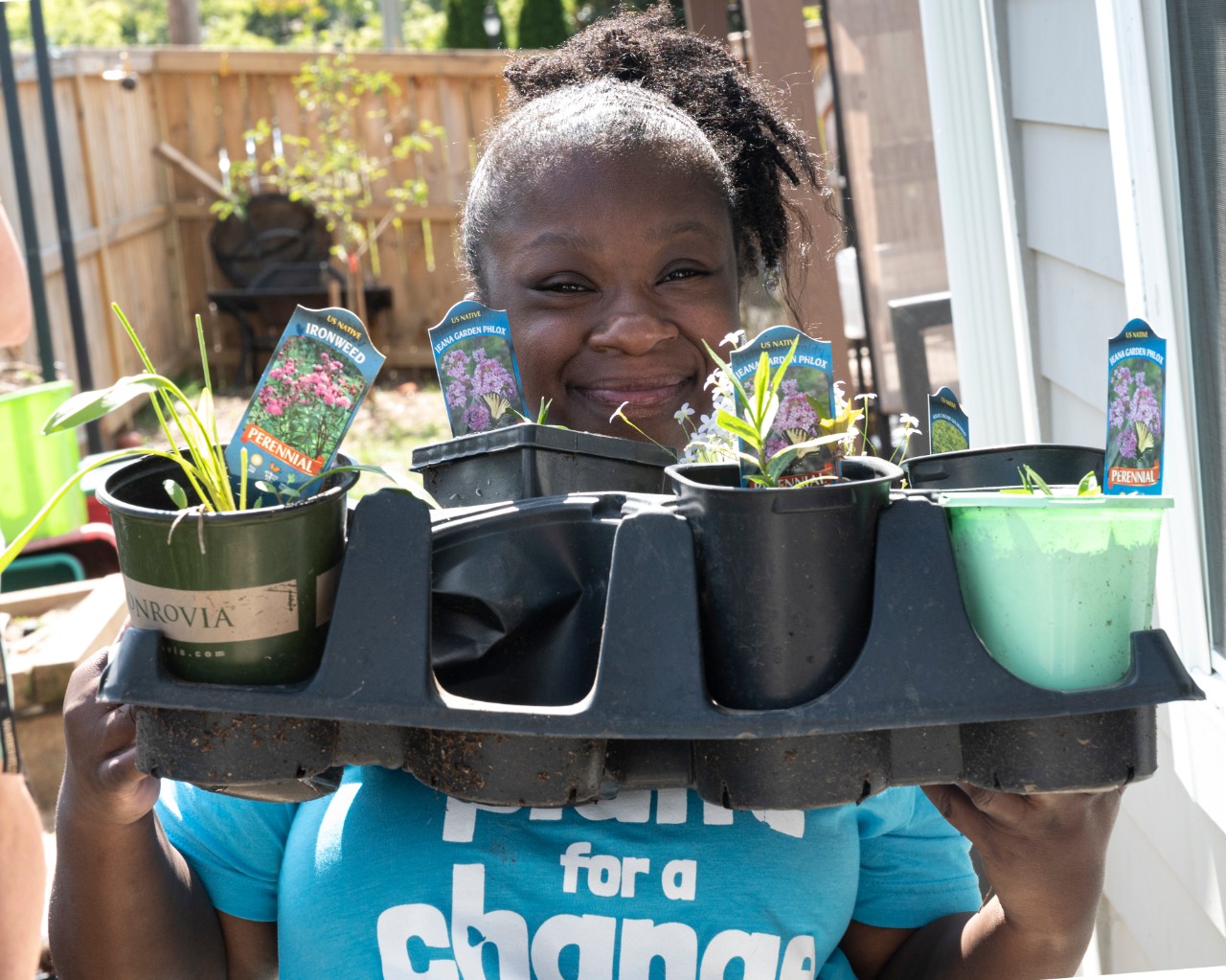 Co-owner Nathan Fields agrees. “We don’t want to settle for just finding a job,” he says. “We want to flourish, we want to manage, we want to educate city leaders and businesses that are making the choices for Tennessee’s future, including the future of its wildlife.”

Plant for a Change plans to continue monthly sales at different markets in the city through this summer. It also operates an online store at www.plantforachange.com. The team is also creating a brand of native Tennessee seeds called SustainABLE TennesSEEDS.

Nathan shares his input on the astonishing unemployment numbers of people with intellectual disabilities.

“Just like native plants in a local ecosystem, people with disabilities are being undervalued, and underrepresented as managers in the workforce. We are here at Plant for a Change to show we can have a great impact. We may be one of the first businesses co-managed and co-owned by people with disabilities in Tennessee, but we don’t want to be the only ones.”

Diamond Grigsby agrees: “When we have more diversity in the workforce, we are able to bring in more experiences that grow a stronger team. Just like when butterflies and bees benefit from native plants, managers and businesses benefit when they hire people with disabilities.” The team’s hope is that more people with and without disabilities enter the workforce together as partners and co-participants, in order to promote a flourishing community around the world.

Nathan Fields is a 2018 graduate of Vanderbilt’s Peabody College, where he received his Master’s in Education. He lives in Nashville, TN with his family and is a special education teacher at Fall Hamilton Elementary.