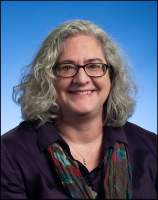 “Adele has the training and experience necessary to assure we meet our solemn requirements and obligations to Tennesseans who have passed, as well as their families, friends and loved ones,” said Tennessee Health Commissioner Lisa Piercey, MD, MBA, FAAP. “She is a valuable resource to those involved in medicolegal investigative work while ensuring the dignity deserved by the deceased and their families.”

In her role as state chief medical examiner, Lewis leads a team responsible for the education and training of county medical examiners, keeping records of deaths investigated by county medical examiners and assuming investigative authority in cases of interest to the state, including mass fatality incidents and threats to public health. The office works to create and support consistently high-quality death investigation and forensic autopsy services statewide to protect public health and safety, participate in the criminal justice system and provide and interpret mortality data.

The Office of the State Chief Medical Examiner is staffed by two board-certified forensic pathologists, three medicolegal death investigators, an epidemiologist and an administrative assistant. Team members are available for consultation to the public, law enforcement, clinicians and friends and relatives of the deceased. A satellite office located in Johnson City is staffed by the OSCME deputy director and houses medical examiner records.

”I am honored to continue my work with our colleagues both inside and outside of the department to deliver the best and most uniform policies and practices in cases of unusual, unnatural or suspicious death to the people of Tennessee,” said Lewis. “Our unique model affords me the opportunity to work with a wide variety of stakeholders to integrate the needs of all of those touched by our system.”

Lewis joined TDH as deputy state chief medical examiner in 2016. Prior to coming to TDH, Lewis served as deputy chief medical examiner for Nashville/Davidson County from 2011 to 2016. She was president and chairman of the board for the Nashville Academy of Medicine in 2015 and 2016 and is the only person to serve two terms as president. She has served as a member of the Tennessee Medical Association House of Delegates since 2011 and as chairman of the TMA Public Health Committee since 2015. She was honored with the TMA Distinguished Service Award in 2017. She was a member of the Davidson County Child Death Review Board starting in 2007 and served as co-chair from 2010 to 2016.

Lewis holds a Bachelor’s degree in biochemistry from Bowdoin College in Maine and earned  her Doctorate of Medicine from the University of Alabama School of Medicine. After residencies in general surgery, trauma and surgical critical care and anatomic pathology at Vanderbilt University Medical Center, she completed a fellowship in forensic pathology at the Office of the Medical Examiner in Nashville. She is board-certified in both anatomic and forensic pathology and is a fellow of both the College of American Pathologists and National Association of Medical Examiners.

Lewis has written articles published in a number of professional journals for the forensic science community and has lectured on forensic matters at numerous conferences and symposiums. She is a lecturer at the Forensic Institute for Research and Education at Middle Tennessee State University and serves as a member of the TDH Maternal Mortality Review Team and State Child Fatality Review Team. Her community service includes membership on the Metropolitan Nashville/Davidson County Community Oversight Board. She has also served as an expert witness testifying in more than 100 civil and criminal trials in multiple states and in federal court.