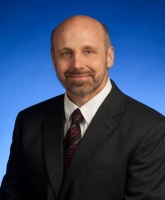 NASHVILLE – Tim Jones, MD has been named chief medical officer for the Tennessee Department of Health. In this position, Jones will serve as an advisor to the commissioner on matters of health policy and assist in setting priorities for the department. Jones has been serving as acting chief medical officer since the retirement of David Reagan, MD.

“The people of Tennessee are very fortunate to have such an exceptional clinical and scientific leader and dedicated public servant as Tim Jones serving in this capacity,” said Tennessee Health Commissioner Lisa Piercey, MD, MBA, FAAP. “We look forward to his work in this new role in protecting, promoting and improving health and prosperity in our state.”

As chief medical officer, Jones will serve as medical director for the department and will work to assess the health needs of Tennesseans and establish statewide health objectives. He will collaborate with other members of the TDH executive leadership team to assess the health needs of the state, establish health objectives and develop, implement and evaluate coordinated, effective public health programs.

“I look forward to continuing to serve the people of Tennessee in this new leadership role,” said Jones. “The Tennessee Department of Health is comprised of some of the most experienced and dedicated professionals in the country, and I believe our team is prepared to confront the public health challenges we may face.”

Jones is an internationally-recognized expert in epidemiology and communicable and foodborne diseases. He has been a subject matter expert and consultant on foodborne disease to the World Health Organization, has worked as a CDC advisor in numerous countries and served as a Polio Eradication Project Consultant in the Republic of Yemen. He was named “Public Health Worker of the Year” in Tennessee in 2005, received the Tennessee Public Health Association Dr. William Schaffner Public Health Hero Award in 2016 and was the 2017 recipient of the Council of State and Territorial Epidemiologists’ Pumphandle Award.

Jones has authored more than 150 peer-reviewed publications, works as a reviewer for many journals and serves on the editorial board of the CDC Morbidity and Mortality Weekly Report. He has held multiple leadership positions with CSTE including service as president in 2013–2014, has testified before the U.S. Congress and has served on numerous national advisory committees for the CDC, the Food and Drug Administration and the Association of State and Territorial Health Officials.

Jones received his medical degree from Stanford University and completed postgraduate training in family medicine and maternal and child health. He cared for underserved populations as a family practitioner in Salt Lake City, Utah before joining CDC’s Epidemic Intelligence Service. He is licensed to practice medicine in Tennessee and is certified by the American Board of Family Practice.