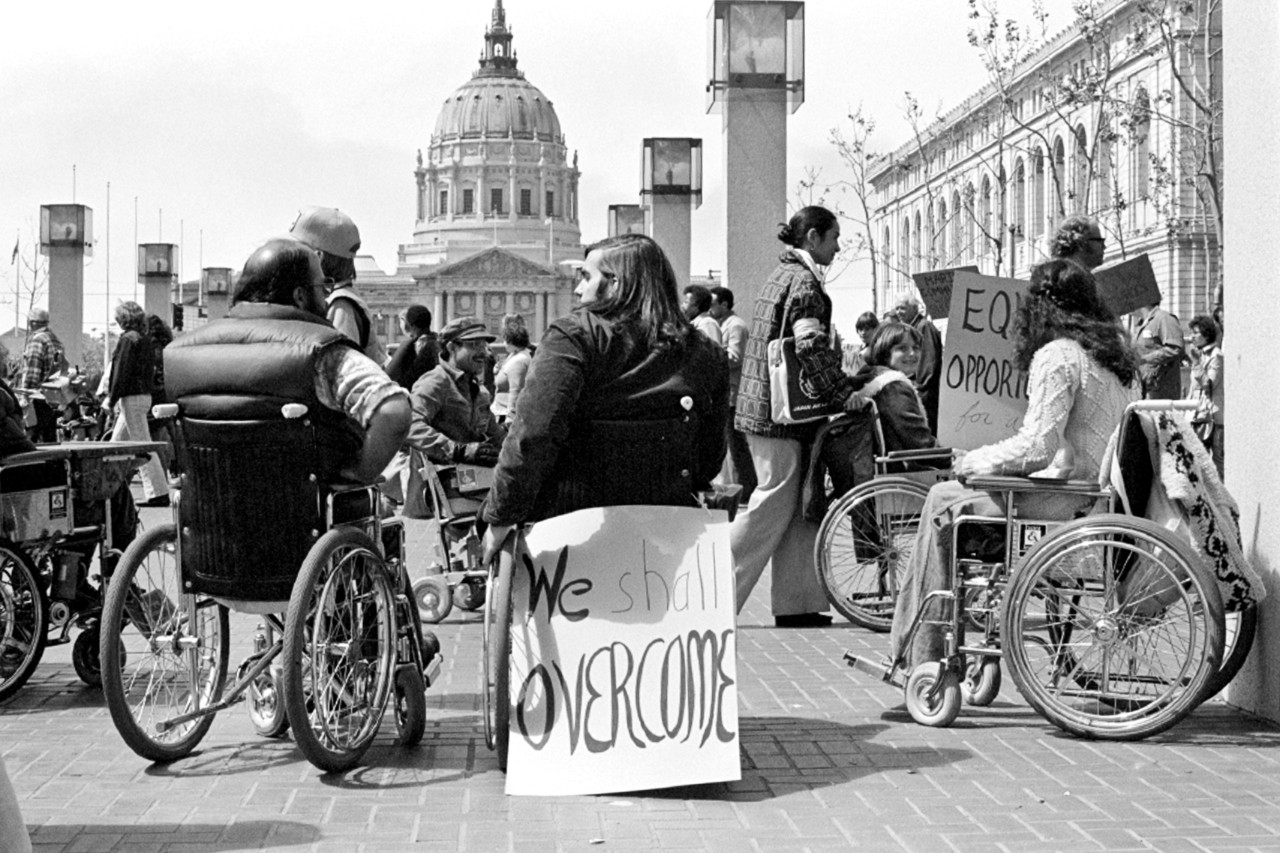 Protesters were successful in pushing the federal government to enact Section 504 regulations that paved the way for the Americans with Disabilities Act. Photo by Anthony Tusler.

Special thanks to Anthony Tusler, who gave us permission to use his photos of the first day of Section 504 protests in San Francisco, April 5, 1977, and his compelling photos of the modern lives of people with disabilities.

Thirty years after the Americans with Disabilities Act (“ADA”) became federal law, how far have we come?

It seems so long ago that advocates before us had to chain their wheelchairs together. They did this to force the government to recognize that a lack of accessible public transportation was keeping people with disabilities from leaving their homes (or the institution in which they lived). This meant they were unable to participate in society equally to people without disabilities.

It was even longer ago (1977) that advocates held a lock-in of the federal Health, Education and Welfare (HEW) Building in San Francisco. They wanted to draw attention to a federal law (the Rehabilitation Act of 1973 or “Rehab Act”) that banned discrimination against people with disabilities in federally-funded programs. The law was not being enforced because its regulations had not yet been signed. Some of these advocates “camped in” for almost a month, at the peril of their own health and well-being.  Was it a drastic move? Some may say “yes,” but it was necessary. Without that selfless, bold act, we would not have seen action on the regulations for including people with disabilities in federal programs.

On July 26, 1990, the ADA was signed into federal law, giving people with disabilities civil rights protection from discrimination and a promise of a level playing field in all aspects of life. 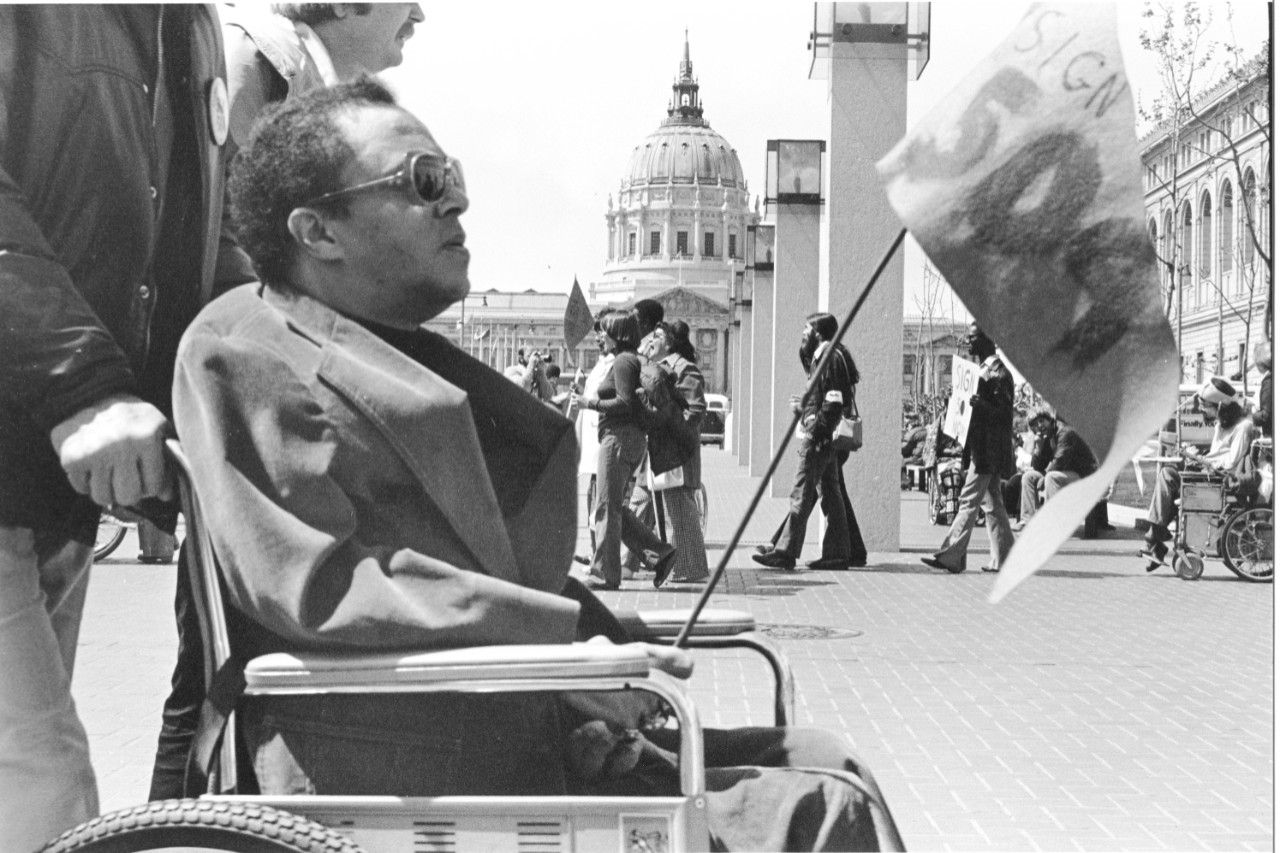 The Section 504 Sit-In at the federal Health, Education and Welfare (HEW) Building in San Francisco became the longest nonviolent take-over of a federal building in U.S. history.

Three decades after the ADA became a reality, we can agree that we’ve seen some very positive changes. The built environment is more accessible. Cities and counties are creating pedestrian pathways, changing policies or procedures, and increasing access to their programs. However, we can also agree that we have a good ways to go if we are to experience true, equal access: in employment, education, home and community-based services, appropriate accommodations, access to healthcare, and more. 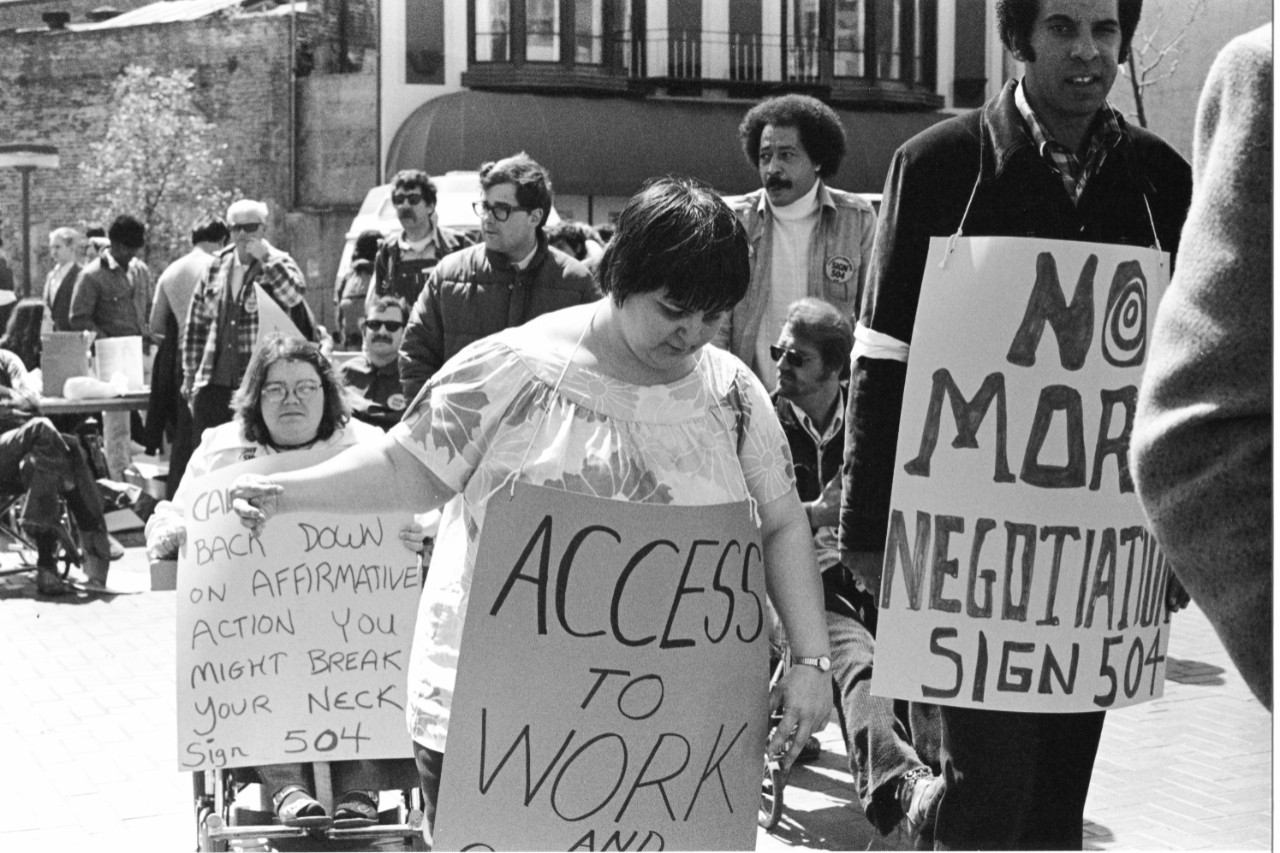 Protesters at UN Plaza outside the HEW Building, April 5, 1977

In other words, be present and get involved!

Today and in the years to come, we must continue to focus on better access to employment, healthcare, civic participation, accessible housing, transportation and pedestrian pathways, public facilities, and online experiences equal to people who do not have disabilities. If we keep educating and advocating, can you imagine where we will be when we celebrate the ADA’s 50th anniversary of becoming federal law?

Stephanie Brewer Cook is a Partners in Policymaking graduate, former Chair of the TN Council on Developmental Disabilities, UT Knoxville alumnus and the ADA Coordinator for the City of Knoxville.