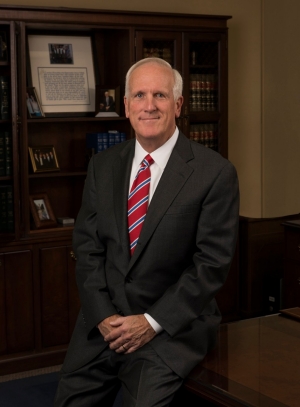 The Kelley-Wyman Award is NAAG’s most prestigious honor given annually to the attorney general who has done the most to advance the objectives of the Association. A bipartisan panel of attorneys general selects the recipient of the award annually.

In 2021, General Slatery led nationwide, bipartisan coalitions of attorneys general resulting in an historic $26 billion opioids settlement announced in July 2021, and is one of several attorneys general leading actions against tech platforms like Google and Facebook.

He also serves as Treasurer for the NAAG Mission Foundation and co-chair of NAAG’s Consumer Protection Committee with North Carolina Attorney General Josh Stein. General Slatery previously served as chair of the Southern Region of Attorneys General, which stretches from Texas to Virginia.

“I’m honored to receive this award from my colleagues, and it was a complete surprise,” said General Slatery. “If you’re looking for bipartisan, effective cooperation on issues that affect Americans across the country, it’s happening at the state level among attorneys general. I’m proud of that.  We work together to solve problems common to our states, ‘together’ being the key word.  It is no secret an award at this level is a way of recognizing not just one person but a team of dedicated, hardworking attorneys and staff.  We have that in Tennessee, and it is my honor to work with them.  They make me look a lot better than I really deserve.”

Originally called the Wyman Memorial Award, it was renamed the Kelley-Wyman Award in recognition of the outstanding service and contributions of Frank Kelley, who served as attorney general of Michigan from January 1962 to January 1999. The award was instituted as a gift, made by former New Hampshire Attorney General Louis Wyman, in memory of his father.

The only other Tennessee Attorney General to receive this award is Charles W. Burson in 1993.