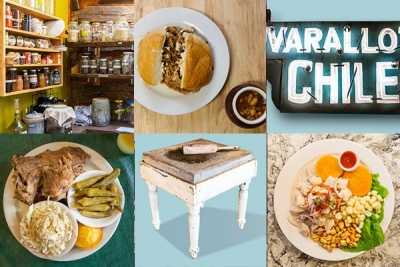 NASHVILLE, Tenn. – June 4, 2019 – The Tennessee State Museum will explore the rich and diverse history of Tennessee’s food through a new exhibition, Let’s Eat! Origins and Evolutions of Tennessee Food, set to open on August 9, 2019 at the Museum’s Bicentennial Capitol Mall State Park location in Nashville and run through February 2, 2020.

“Whether barbecued, fried, roasted, pickled, or chilled, the food of Tennessee, and the southern United States, is a meeting of Southeastern Indian, West European, and West African cultural groups,” says Rob DeHart, the exhibition’s curator. “Many cooks, who were primarily women, took the proteins, vegetables, and cooking traditions of each group, then experimented, taste-tested, and created delicious meals. The evolution of Tennessee food continues as foreign-born recent arrivals inspire new flavors.”

The exhibition will be presented through eight sections that trace the state’s food from its Southeastern Indian origins to contemporary food festival celebrations. All are complemented by artifacts from the Museum’s collection, digital storytelling, graphics, and location photography. Scholars who contributed to the development of the exhibition were authors and university professors Alice Randall of Vanderbilt University, Fred Sauceman of East Tennessee State University and Micah Trapp of The University of Memphis.

“The Three Sisters” begins with the story of how Southeastern Indians cultivated crops during the Woodland Cultural Period, planting together beans, corn and squash – referred to as the “three sisters.” This section also highlights the role of strawberries and corn in Native American traditions, tells the story of the state’s Strawberry Festivals and highlights South Pittsburg, Tennessee, site of Lodge Cast Iron’s headquarters and the National Cornbread Festival. “The Buckle of the Barbecue Belt” looks at West European influences on Tennessee Food  – the introduction of cattle, pigs and chickens to North America – with visits to Ridgewood Barbecue, Memphis in May and the Kosher BBQ Fest.

In “A Love for Spices,” West African influences on the state are explored, along with the foods prepared by enslaved persons at the Hermitage. Visitors will be introduced to Prince’s Hot Chicken Shack in Nashville and the Four-Way Soul Food Restaurant in Memphis.

“Through picnics and barbecues, Tennesseans have come together at the table, but it is also where they have been divided,” adds DeHart. “For generations, the injustice of slavery and later Jim Crow laws that limited employment opportunities forced some African American women and men to do the cooking in the homes of middle- and
upper-class whites. This is how much of Tennessee cuisine developed.”

“Making Do” looks at some of the dishes that emerged when Tennesseans had to feed their families from limited resources in their kitchens. Their stories live on in many foods we eat today. Visitors will learn about Florence Mathai and beaten biscuits, festivals that celebrate the wild pungent ramp, “slugburgers” from Pat’s Café in Selmer and renowned fermenter, Sandor Katz. In “Cooking for Others,” the exhibition introduces visitors to significant Tennessee cooks Melinda Russell and Rufus Estes and boarding house operator Mary Bobo.

Illustrative of the “evolutions” aspect of the show’s subtitle, the influence of immigrants figures heavily in the exhibition. In the “Immigration and Tennessee Food” section, the Museum takes visitors to several significant locations in Tennessee, including the Swiss Colony of Gruetli, the Hola Hora Latina Festival in Knoxville, the Global Café in Memphis,
Varallo’s Chili and the Conexión Américas Communal Kitchen in Nashville.

Museum visitors will wrap up their adventure to the exhibition with a survey of food festivals throughout the state.

Let’s Eat! The Origins and Evolutions of Tennessee Food is a temporary exhibition at the Tennessee State Museum’s new location at Bicentennial Capitol Mall State Park. It follows the presentation of Between the Layers: Art and Story in Tennessee Quilts, which opened on February 8, 2019 and runs through July 7, 2019. The exhibition will be complemented by a broad range of programming, including events at the Museum and digital content on the Museum’s website at tnmuseum.org. There is no admission charge to the Museum.

About the Tennessee State Museum

The Tennessee State Museum, on the corner of Rosa L. Parks Blvd. and Jefferson Street at Bicentennial Capitol Mall State Park, is home to 13,000 years of Tennessee art and history. Through six permanent exhibitions titled Natural
History, First Peoples, Forging a Nation, The Civil War and Reconstruction, Change and Challenge and Tennessee Transforms, the Museum takes visitors on a journey – through artifacts, films, interactive displays, events and educational programing – from the state’s geological beginnings to the present day. Additional temporary exhibitions explore significant periods and individuals in history, along with art and cultural movements. The Museum is free and open to the public Tuesdays, Wednesdays, Fridays and Saturdays from 10 a.m. – 5 p.m., Thursdays from 10 a.m. – 8 p.m. and Sundays from 1 p.m. – 5 p.m. For more information on exhibitions and events, please visit tnmuseum.org.

IMAGES: Hi-Res Images and Captions are Available on Dropbox: