Barber’s composition, based on Agee’s prose, to help close out Museum’s quilt exhibition on Sunday, July 7 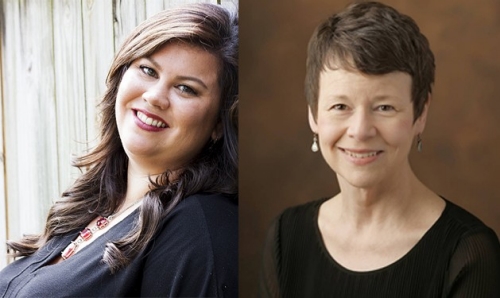 NASHVILLE, Tenn. – June 13, 2019 – The Tennessee State Museum, in partnership with Nashville Opera, will present a
free performance for voice and piano of American composer Samuel Barber’s 1947 classic, “Knoxville: Summer of 1915,” in the Grand Hall of the Museum on Sunday, July 7, 2019 at 2:00 p.m. The composition, based on Knoxville-native James Agee’s 1938 prose poem of the same name, will help mark the final day of the Museum exhibition, Between the Layers: Art and Story in Tennessee Quilts. An excerpt of Agee’s piece appears in the exhibition.

Barber (1910-1981), when discussing his inspiration for his 1947 composition, remarked that “the summer evening (Agee) describes in his native Southern town reminded me so much of similar evenings when I was a child at home.” The work quickly became a beloved part of the soprano repertoire; its evocation of small-town America resonating with diverse performing artists. At the Museum on July 7, Barber’s piece will be performed by Soprano Claire Boling and pianist Melissa Rose. Between the Layers: Art and Story in Tennessee Quilts, selected from the Tennessee State Museum’s vast collection of quilts, closes on July 7, 2019. It highlights the artistry and diversity of the state’s quilt makers and the great variety of stories their quilts tell.

“Agee is one of Tennessee’s most significant writers,” said Ashley Howell, the Museum’s executive director. “’Knoxville: Summer of 1915” is a beautiful, lyrical piece, and one we knew would be perfect to complement the exhibition. Barber, in his own words, turns it in a “lyric rhapsody” that is sure to inspire delight for our visitors in the Grand Hall and be an apt way to close out this wonderful exhibition.”

“Through the years, quilts have a vital way for their makers to express themselves,” said John Hoomes, CEO and Artistic Director of Nashville Opera. “Quilters tell stories through fiber art, and this medium encourages us to experience those stories at a more elemental level. Vocal music, much like quilting, also brings new depth to the stories of our world. Nashville Opera is delighted to partner with the Tennessee State Museum to present Barber’s musical setting of
Agee’s seminal prose poem, and we hope that the fusion of the two art forms, music and poetry, allows visitors to find new insight into Agee’s words.”

Agee’s work, originally written in 1938, serves as the preamble to his 1957 novel, A Death in the Family. Published posthumously after his death in 1955 at age 45, the book won the Pulitzer Prize for fiction in 1958. “The Knoxville of this century's second decade is poignantly, suggestively evoked (in the novel),” writes Roberts Coles in the Tennessee Encyclopedia, “and as in Dickens's David Copperfield, family loss, in all its melancholy and perplexity, is chronicled through a child's eyes and ears, his mind and heart and soul.” Born in Knoxville in 1909, Agee is also best known for his 1940 collaboration with photographer Walker Evans about Southern tenant farmers during The Great
Depression, Let Us Now Praise Famous Men.

Barber's music was championed by a remarkable range of renowned artists, musicians, and conductors, according to
his bio at G. Schirmer, including Vladimir Horowitz, John Browning, Martha Graham, Arturo Toscanini, Dmitri
Mitropoulos, Jennie Tourel, and Eleanor Steber. His Antony and Cleopatra was commissioned to open the new Metropolitan Opera House at Lincoln Center in 1966. Barber was the recipient of numerous awards and prizes including the American Prix de Rome, two Pulitzers, and election to the American Academy of Arts and Letters. The intensely lyrical Adagio for Strings has become one of his most recognizable and beloved compositions, both in concerts and films (Platoon, The Elephant Man, El Norte, Lorenzo's Oil).

Pianist Melissa Rose has a 30-year career partnering with instrumentalists and singers in concerts throughout the
United States and abroad. As a pianist keenly interested in performing contemporary music, Melissa has participated in numerous premieres and residencies with leading American composers.  She has recorded and edited arrangements for viola/piano of the Tonadillas by Granados (ViolaSound), one of which was included in the 2017 Grammy-nominated film The Music of Strangers.  Additional recordings are on Naxos, Centaur, Blue Griffin, Delos, Good Child Music, and
Navona.  Melissa is a Senior Associate Dean and Professor of Piano at Vanderbilt University’s Blair School of Music.

Photos of performers Claire Boling and Melissa Rose, can be found on this Dropbox Account.