Tennessee State Museum Partners with Tenement Museum on Your Story, Our Story Initiative

Program invites Tennesseans throughout the state to share personal stories of cultural identity through their everyday objects. 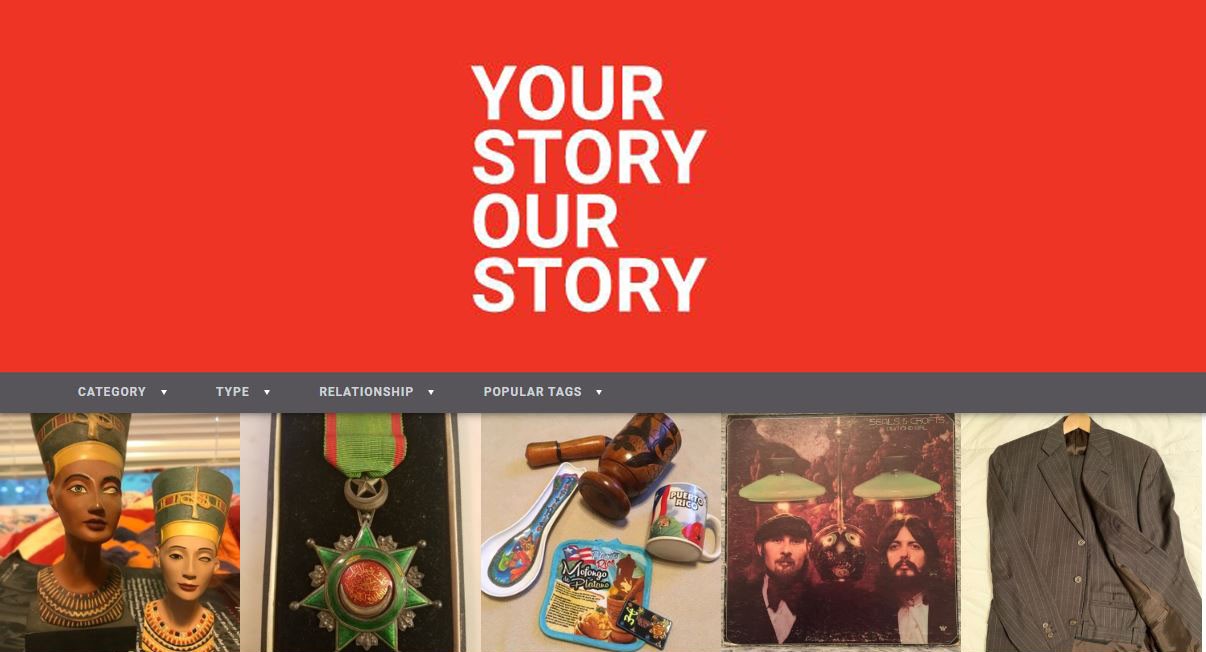 NASHVILLE, Tenn. – October 31, 2019 – The Tennessee State Museum, through a partnership with the Tenement Museum in New York City, invites Tennesseans throughout the state to share personal stories of cultural identity, American immigration and migration through their everyday objects.  Your Story, Our Story, is a national initiative of the Tenement Museum and its partners across the United States. It works with museums, colleges, schools, libraries, and community groups who all contribute stories from their part of the United States, with the goal of uncovering the patterns and differences of our experiences across the country. Users can explore stories from across the country, upload a story that carries meaning in your family, and join the Tenement Museum and Tennessee State Museum, in telling the stories of American migration and cultural identity.

“As a collecting institution and public history museum, we believe strongly that objects tell stories,” says Ashley Howell, executive director of the Tennessee State Museum. “Our collection is not only filled with artifacts, it is filled with thousands of stories that collectively aim to tell Tennessee’s story. The work of the Tenement Museum is gathering America’s stories of cultural identity is inspiring. We’re excited to collect Tennessee’s part in that story. “

About Your Story, Our Story

Your Story, Our Story contributions come from all kinds of families and all kinds of histories: from people who were adopted, people whose families are indigenous to the Americas; people who were forced to migrate from their home countries; those who are the descendants of enslaved people; and people who are unsure of their cultural heritage. Each story helps to deepen our understanding of this country and its people, and when combined together, highlights complexities, commonalities, and differences, fostering empathy through the power of storytelling.

During the Tennessee State Museum exhibition of Let’s Eat! Origins and Evolutions of Tennessee Food, visitors to the website are especially encouraged upload images and stories of recipes, cookware, dinnerware, ingredients and more that relate to culinary traditions and carry meaning in their families.

About the Tenement Museum

Since 1988, the Tenement Museum in New York City has forged emotional connections between visitors and immigrants past and present, through educator-led tours of its historic tenement buildings at 97 and 103 Orchard and the surrounding neighborhood, enhancing appreciation for the vital role immigrants play in shaping the American identity. The Museum has become one of New York City’s preeminent cultural and educational institutions, welcoming more than 238,000 visitors, including 55,000 students, each year.