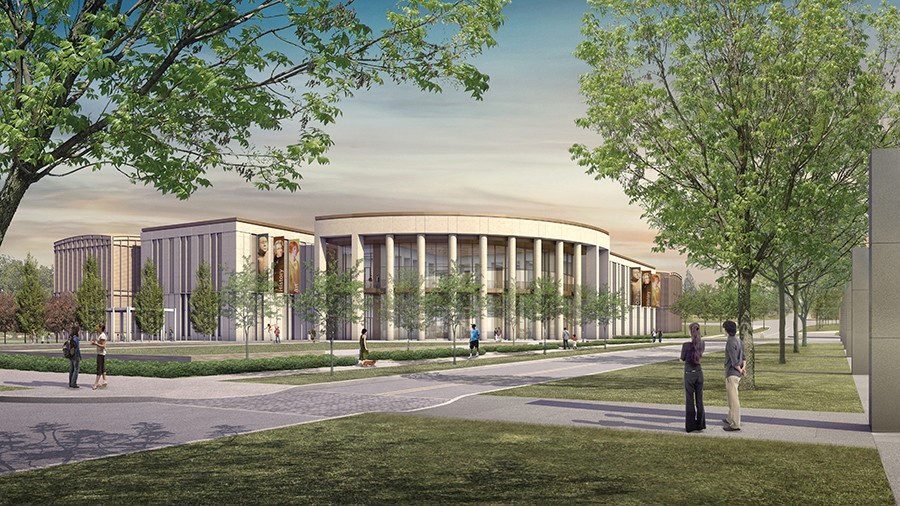 NASHVILLE, Tenn. – The Tennessee State Museum is scheduled to open to the public on Thursday, October 4, 2018 at its new location on the corner of Rosa Parks Blvd. and Jefferson Street at Bicentennial Capitol Mall State Park. Grand opening events will take place throughout the weekend.

“Since we first started working on this project, the plan was to build a 100-year museum to showcase the rich history of our state and provide a memorable experience to visitors of all ages,” Gov. Bill Haslam said. “It is exciting that we’re only months away from opening the doors to this important educational asset for Tennessee.”

The Museum hosted its final event in its former location in the James K. Polk building in early May. Throughout the summer, artifacts and exhibitions are being installed in the new location.

“A lot of work has gone into not only building the new Museum but carefully transporting all of the historic art, artifacts, documents, and more that has been part of the Museum over the years,” Ashley Howell, executive director of the Tennessee State Museum, said. “Everything is leading up to the opening of the new Museum, and we couldn’t be prouder to share Tennessee’s story with the hundreds of thousands of people who walk through the doors of our new state-of-the-art facility. Best of all, the State Museum will continue to offer free admission for our many visitors.”

Additional information about grand opening events and activities will be announced in the coming weeks.

About the New Tennessee State Museum

For over 35 years, the Tennessee State Museum, one of the oldest and largest state museums in the nation, has been confined to the lower levels of the James K. Polk State Office Building.

In 2015, Gov. Bill Haslam proposed and the Tennessee General Assembly appropriated $120 million to build a new home for the museum with the additional funding to complete the project to be raised in private contributions.  To date, more than $30 million in private donations have been raised, and the construction of the new museum is running on time and on budget.

The former Tennessee State Museum hosted approximately 115,000 visitors each year.  The new museum, which is located on the northwest corner of the Bicentennial Mall in Nashville, is expected to host more than 220,000 visitors annually, adding to the growing menu of memorable and educational opportunities Tennessee has to offer.