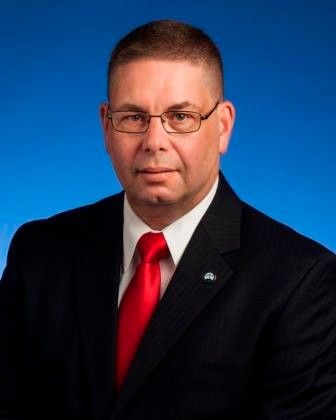 Nashville – The Commissioner of the Tennessee Department of Correction (TDOC) has been sworn-in as President of the American Correctional Association (ACA).  During a virtual ceremony on Saturday, Commissioner Tony Parker became the first TDOC Commissioner to lead the national organization in its 151-year history.  The ACA is the oldest association developed specifically for practitioners in the correctional profession.

“I am humbled and honored to be given an opportunity to represent correctional professionals at home and abroad who dedicate themselves to enhancing public safety,” said Parker.  “The heroes of corrections are those who work in our facilities, our jails, probation/parole offices, detention facilities, and juvenile centers.  They work in a complex, unforgiving environment where job pressure and stress is the norm.  They perform the often-thankless work of public safety because that’s what true heroes do.  I would like to thank the men and women who serve in corrections across this country.  I would also like to thank Former Governor Haslam for first appointing me as Commissioner and Governor Bill Lee for reappointing me as Commissioner and for his support of our work in corrections and criminal justice reform.”

“We are excited to have Commissioner Parker as ACA’s 107th President,” said ACA Executive Director James A. Gondles, Jr., CAE.  “His leadership in the Tennessee Department of Correction demonstrates his extensive executive abilities and our staff and I are confident he will be a great leader.”

Parker will serve as ACA President for the next two years.  He plans to focus on several key initiatives designed to enhance correctional safety, innovative ways to help elevate the public’s perception and understanding of corrections, higher educational opportunities for correctional staff, expansion of correctional behavioral health training, and use of technology to magnify rehabilitative initiatives and training.

The American Correctional Association has thousands of members both here and throughout the world.  ACA provides a professional organization for all individuals and groups, both public and private, that share a common goal of improving the justice system.