Former FBI Fugitive Back In Tennessee

HENNING – He was once named one of the FBI’s “10 Most Wanted Fugitives.”  Now, a former prison escapee is back in Tennessee to serve the remainder of his sentence. Lohman Ray Mays, Jr, an habitual offender who escaped from the Turney Center Industrial Prison 36 years ago, was recaptured in Wyoming in 1985 and has since been serving a federal sentence for bank robbery.  On Tuesday, August 4, Mays was returned to Tennessee to serve the remainder of his life sentence for a Sullivan County armed robbery.

Mays, 77, and two other inmates escaped from the Hickman County prison on July 1, 1984.  As a fugitive, Mays also robbed a bank in Wyoming and had a lengthy criminal record in five states for murder, armed robbery, and shooting and wounding a police officer.

While searching for Mays and the other escapees, TDOC Wardens Donald Gammons and James McPeters were killed in a helicopter crash along with their pilot, Army National Guard Major, Sam Kyle.

“We will never forget the sacrifices of these brave men who gave their lives in the search for dangerous escapees in order to protect their fellow citizens,” Commissioner Tony Parker said.  “Their families are in our constant prayers and we will continue our mission to enhance public safety in their honor.” 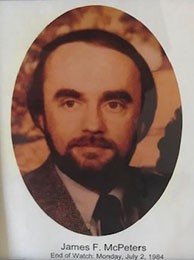 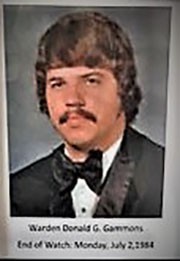