Breaking Ground 93 - Siblings in the Spotlight 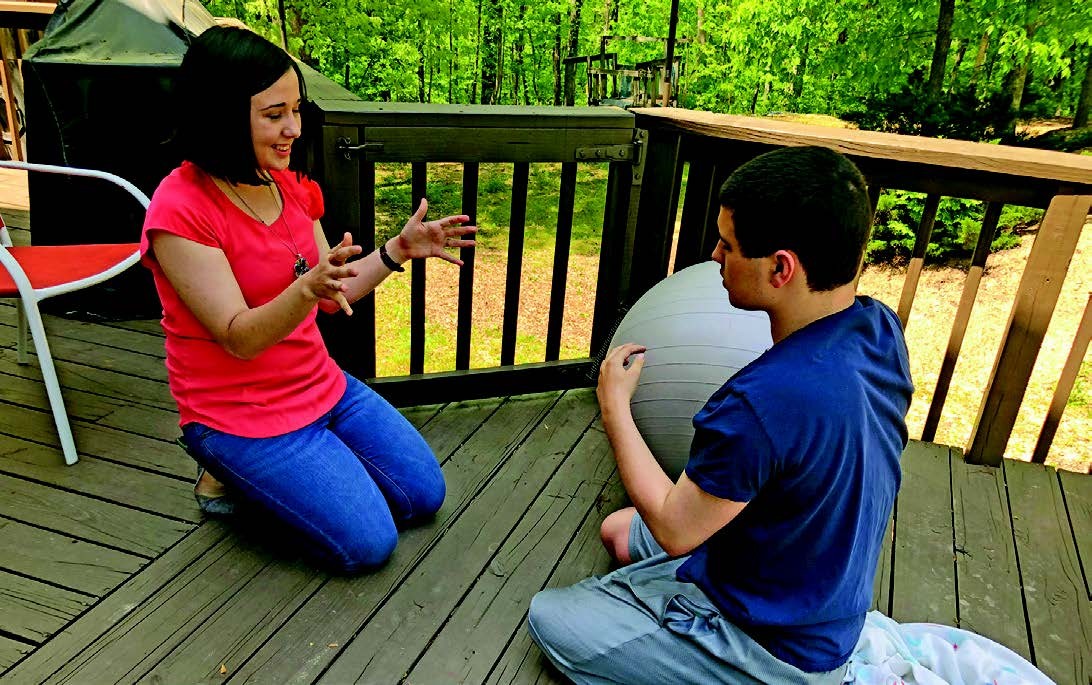 Finally, after years of struggling for equality in education and society, children with disabilities are gaining recognition by landing roles on the screen. With popular shows like “Speechless”, kids with physical and intellectual disabilities are being written as fully-developed characters with a variety of interests, skills and personalities. As the media progresses in changing public perception of those impacted by disabilities, a new role in pop culture has emerged: the sibling of a child with a disability. Until recently, this character was a rarity.

Sibling relationships are among an individual’s longest lasting relationships*. That relationship often serves as an important source of companionship and emotional support. Siblings, as most parents know, can have significant, meaningful and lasting effects on each other’s development and life choices.

Lydia Lowe, age 24, is a newly-graduated speech language pathologist in Knoxville. Early in the morning before heading off to work with several toddlers recently diagnosed with autism, Lydia sat at the table in her comfy clothes and practical shoes to explain what life was like growing up with her 18-year-old brother, Kevin, who has autism.

“He’s not what most people think autism looks like,” she said with a smile. “He LOVES people. He’s affectionate. He runs up to say hello to me after I’ve been away for a while. He’ll take off my jacket and hold onto me for hours.”

Kevin is non-verbal and uses assistive technology to communicate. Besides people, he loves McDonald’s cheeseburgers, Disney characters and sticking his head out the window to feel the wind on his face. When he was diagnosed with autism, Lydia was five years old. The family created a therapy room in the basement, and an autism specialist came to the house every six months to develop and monitor a home program.

Therapists often included Lydia in circle time and songs and other activities. “I was like a little therapist,” recalled Lydia. “I liked it. It made me feel important.”

Lydia has always felt a responsibility for her brother. “When something happens to your parents, you know you’re up next,” she said.

When Lydia’s mom passed away, her dad remained the primary caregiver. Still, in her young teens, Lydia took on many of the adult responsibilities in caring for her brother. It wasn’t always easy. Lydia remembered that it was hard to have friends over as a kid. She also recalled embarrassing moments, like when he ran into her high school gymnasium with a blanket over his head and sat in the middle of the floor while she was running for homecoming queen.

Kevin influenced some of Lydia’s life decisions, like where she attended college, her career choice, and even how she found a boyfriend. “I always knew I wanted to work with individuals with autism,” said Lydia. “And I could only really look at colleges nearby. When I was dating, I looked at how people interacted with Kevin.“

Sometimes being the “typical” sibling of a child with a disability can result in emotional disturbances.**

However, the very same experiences can stimulate growth and personal philosophies about fairness and justice. Research indicates that it is the way that the sibling deals with or processes difficult situations that determine whether an outcome will be positive or not.***

Lani Slack, age 12, has a twin sister Chloe, who is deaf and has learning and intellectual disabilities. Since kindergarten the twins have not been in the same class. “I am too overprotective of her, “ said Lani.

When their parents aren’t around, Lani gives Chloe her medications and helps take care of her cochlear implants, though Chloe is learning to take on more responsibilities. Chloe takes gymnastics and loves video games. Lani plays basketball, soccer and softball, swims, dances, and enjoys hanging out with her friends. “We have different sets of friends,” said Lani. “But we are just like normal sisters. We are silly together. We argue. We do family things.”

With the amount of extra attention required, it seems likely that there would be a history of excessive attention paid to Chloe. But their family seems to have achieved a good balance. “I know Chloe is different,” Lani said. “I protect her, but I don’t get mad at my parents. They take time with me, too. It feels pretty equal.”

Like Lydia, Lani consistently speaks lovingly about her sibling. “Chloe is my whole life. And no, she has never held me back.”

Crystal Slack, mother of the twins, spoke about the sibling relationship between Chloe and Lani. “They fuss and pick on each other like any other sisters. I would say that even though they are twins, Lani does take on the big sister role. If Chloe has any questions, she always asks Lani.”

Since birth, Chloe has been in and out of hospitals with various health problems, which can be challenging for siblings – especially twins - to handle. “One time that stands out is the day Lani had to get tubes put in her ears,” recalled Crystal. “She had been to every doctor visit and hospital stay with Chloe since they were born. It was supposed to be her day. This was also the day Chloe had her first seizure and had to be airlifted to Children’s Hospital. That was one of the times we felt Lani wasn’t getting her share of attention.”

The entertainment industry is closer to accurately portraying the reality of growing up with siblings who have disabilities. In “Wonder,” movie watchers feel the older sister Via’s protective nature, along with her efforts to minimize the extra stress on her parents’ lives. In shows like “Speechless,” viewers see how JJ’s brother and sister act like part of his team: they support him, tease him and confide in him, as well as have lives and storylines of their own. Which is promising, since the roles most siblings play last far longer than a 90-minute film or a 30- or 60-minute television show.