Muriel Malone Nolen has served as the commission interim executive director since February 2022, and was intitally appointed as deputy director in April 2021.  As the interim executive director, Mrs. Nolen oversees the agency’s operations which include enforcement and administration, policy and procedure development, case management, mediation, contract negotiations, budget, and human resources.  She is also responsible for the supervision, training, and development of staff members.  Prior to joining THRC, she served as an Assistant District Attorney General in Shelby County for 18-years.  Mrs. Nolen is a trial lawyer by trade and has worked for various governmental and non-profit agencies throughout Tennessee including, the Tennessee Attorney General’s Office, Memphis Area Legal Services, Hamilton County District Attorney’s Office and Southwest Tennessee Community College.  Mrs. Nolen received her Bachelor of Science and a Master of Science from the University of Tennessee at Chattanooga. She received her Juris Doctorate from the University of Memphis.  She currently serves on the Board of Crime Stoppers of Memphis and Shelby County and the Executive Board of Ben F. Jones-National Bar Association and is the immediate past Regional Director of The National Black Prosecutors Association. 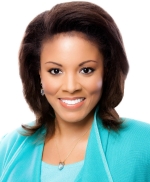 Veronica McGraw joined the Tennessee Human Rights Commission (THRC) in September 2018 as the communications director.  Ms. McGraw is responsible for THRC's internal and external communication projects along with educating and engaging stakeholders, members of the media, and the public about the work and mission of THRC.  She works closely with the executive director on education and outreach initiatives.  Ms. McGraw comes to Nashville from her hometown of Cleveland, Ohio.  Veronica received her Bachelor of Arts in Communication from Notre Dame College and a Master of Public Administration and Leadership from The Ohio State University. She is also a graduate of the state of Tennessee Boards and Commissions Leadership Academy.  Prior to joining THRC, Ms. McGraw worked as an Executive Administrative Liaison and Public Relations Manager for a substance use and mental health agency in Cleveland.  Prior to that, she worked as a News Assignment Editor and Digital Content Producer for WEWS- News5 Cleveland, an ABC News affiliate.  Veronica has over 15-years of non-profit experience.

Tanya Webster joined the Tennessee Human Rights Commission in September 2019 as the Title VI Compliance Director. Ms. Webster is responsible for developing policy and providing guidance to ensure present and future compliance with Title VI of the Civil Rights Act of 1964. Previous to joining the Commission, Ms. Webster worked at HCA Healthcare where she monitored compliance and ensured completion requirements for government data submissions of Medicare payment adjustment. Tanya is a former State worker that has worked in various roles dealing with federal compliance. Her previous State role was for Tennessee Department of Health where she ensured Federally Certified Nursing facilitates required submissions were compliant with Federal government. Prior to that, she worked for Tennessee Housing Development Agency (THDA) ensuring required submissions were compliant with Federal government. Tanya received her Bachelor of Science Degree from Tennessee State University. Tanya has 12 years of experience with monitoring Federal compliance, process improvement, technical training, and data analysis as well as data validation. Saadia L. Williams is the Housing Coordinator and  a Rule 31 Civil Mediator  with the Tennessee Human Rights Commission where she manages the Housing Division which is responsible for housing discrimination investigations throughout the state of Tennessee.   She received her Master’s Degree from the University of Tennessee, Knoxville, TN.  She is a graduate of the National Fair Housing Training Academy and Leadership Knoxville.

Lynn Cothren is Special Assistant to the Executive Director working in partnership with the Executive Director on all the facets agency operations including our stakeholders and the public.  This includes assisting with day to day logistics, education and outreach and general administration. Lynn works as an integral member of the executive staff team.  Previously he served as the Director of Administration at Girl Scouts of the USA in a leadership role which included developing and implementing organizational strategies and policies that enable girls to build courage, confidence, and character, and make the world a better place. Previously, Mr. Cothren served for 23-years as Special Assistant to the late Mrs. Coretta Scott King, founder of The Martin Luther King, Jr. Center for Nonviolent Social Change.