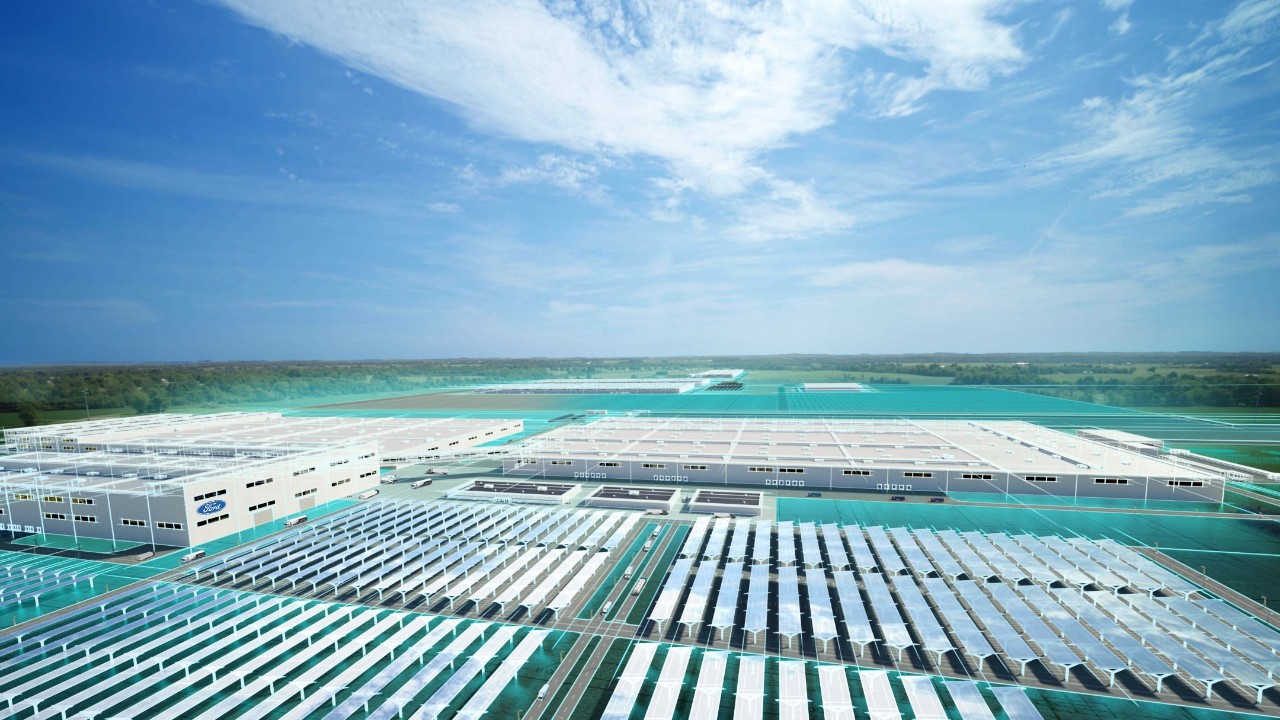 NASHVILLE, Tenn. - Tennessee Gov. Bill Lee announced Ford Motor Company has selected the Memphis Regional Megasite for one of the largest battery and vehicle manufacturing campuses in the U.S.

“West Tennessee is primed to deliver the workforce and quality of life needed to create the next great American success story with Ford Motor Company and SK Innovation,” said Gov. Lee. “This is a watershed moment for Tennesseans as we lead the future of the automotive industry and advanced manufacturing.”

Gov. Lee and leaders will join executives from Ford Motor Company and SK Innovation in Memphis on Tuesday, September 28 to share more details about the multi-year project.

“Tennessee is playing a key role in leading American advanced manufacturing, and we are thrilled to make this historic investment in West Tennessee to create Blue Oval City,” said Lisa Drake, Ford North America chief operating officer. “This once in a generation investment will create thousands of high-quality jobs and support America’s transition to electric vehicles. Tennessee will play a critical role as Ford continues to lead the electric vehicle revolution, tackle climate change, and create the jobs of tomorrow, and we look forward to working to create the future together.”

Ford and SK Innovation will invest $5.6 billion to build a 3,600-acre mega campus called Blue Oval City on the Memphis Regional Megasite, where production of next generation all-electric F-Series trucks will begin in 2025. The project will result in the creation of 5,800 new jobs in West Tennessee.

Blue Oval City will be designed to be the largest, most advanced and most efficient automotive production campus in Ford’s history. The campus will include the Ford assembly plant, a supplier park and a battery manufacturing plant operated by BlueOvalSK, Ford and SK Innovation’s joint venture. The site will become a vertically integrated ecosystem with key suppliers and battery manufacturing on the same campus where Ford will assemble next generation all-electric F-Series trucks.

West Tennessee to Reap Benefits in the Billions

In addition to the multi-billion dollar investment from Ford, the State of Tennessee intends to offer an enhanced incentive totaling more than $500 million for successful completion of the project. Economic analysis projects the Ford buildout of the Memphis Regional Megasite will result in significant job and gross state product gains. The Center for Economic Research, a division of the Tennessee Department of Economic and Community Development projected the following:

“Today is a historic day as we welcome Ford Motor Company and SK Innovation to Tennessee,” said Tennessee Department of Economic Development Commissioner Bob Rolfe. “The ripple effect resulting from these projects will be transformational for our state, especially West Tennessee, and we are most grateful for this enormous investment and the addition of two top global brands. To have such a world renowned, American company land as our first tenant at the Memphis Regional Megasite underscores the site’s strength and potential for additional joint venture partners and suppliers.”

Gov. Lee intends to call a special legislative session this fall to address funding, buildout and oversight for the Memphis Regional Megasite. State leaders offered words of support for the project.

"This is a huge victory for our state and the West Tennessee region. And it has been a long time coming. It is no secret that the megasite's failure to attract a tenant has been a long-term disappointment for our state. Today's announcement wipes that all away. I could not be happier that Ford will be making this type of investment in our state. While Tennessee's economy has always been strong, some areas of our state have been left behind. A major manufacturing facility in this area will transform the economy of West Tennessee and provide high-quality, high-paying jobs for the entire region. I would like to thank, not only Governor Lee and Commissioner Rolfe for their work in negotiating this deal, but also the efforts of Senators Page Walley, Ed Jackson, Paul Rose, Brian Kelsey, Raumesh Akbari and John Stevens. Their work in making Tennessee a great place to do business has been critical in making this triumphant day a reality." Lieutenant Governor Randy McNally (R-Oak Ridge)

“Gov. Lee has been steadfast in his support and determination to identify and secure a tenant for the Memphis Regional Megasite. He has provided strong leadership throughout the process of obtaining Ford Motor Company’s historic investment into West Tennessee. I am thankful members of the General Assembly, local elected officials and communities impacted by this significant announcement never lost hope that this day would come. The thousands of high-quality jobs created will reshape the entire region’s economy and transform the lives of families – both now and for future generations.” House Speaker Cameron Sexton (R-Crossville)

“How fitting that during harvest season in West Tennessee, years of hoping, committed planning, investing and laboring – particularly this year – are yielding such abundance. Our entire area will be changed for the better for generations to come. What an honor to be a part of the team to bring this home to our district.” Sen. Page Walley (R-Bolivar)

“We appreciate the work by Gov. Lee, his administration, ECD and all others involved with this announcement. We also appreciate the commitment from Ford Motor Company to Tennessee. This truly historic investment is vital to communities throughout rural West Tennessee and will provide a much-needed positive economic impact to our region. We understand there is still much work to be done and we look forward to working with Ford and all involved as we move this project forward.” Rep. Chris Hurt (R-Halls)

“Today is a pivotal moment for Tennessee, especially West Tennessee. This will change the economic trajectory for our region of the state and will provide good jobs and great quality of life for many families with an excellent above average income.”  Rep. Ron Gant (R-Rossville)