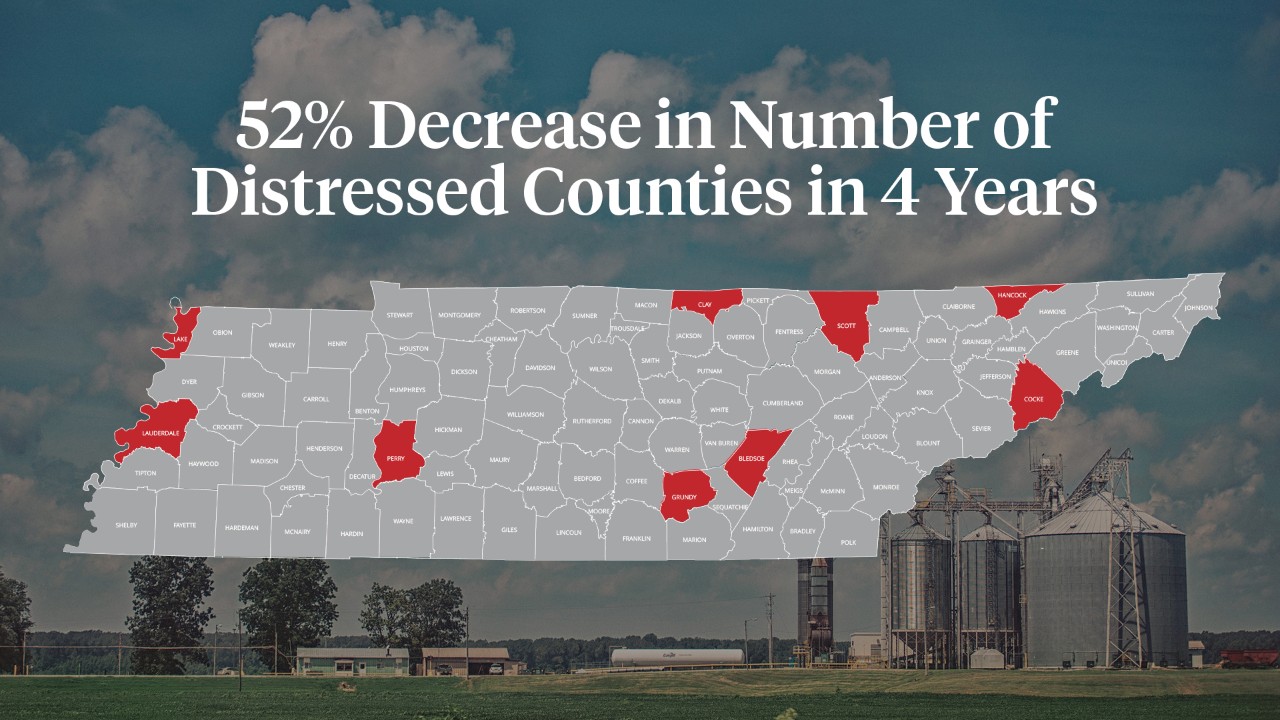 “Early on, we set a goal that we would have less than 10 distressed counties by 2025,” said Gov. Lee. “By focusing on workforce development and infrastructure improvements, we are down to nine counties and will continue working to get remaining counties on the path to prosperity.”

In the past four years, Tennessee has cut the number of distressed counties in half from 19 in 2018 to nine today. Since Gov. Lee took office, McNairy, Jackson, Fentress, Morgan, Hardeman, and Wayne counties have moved off the distressed list.

These targeted strategies have resulted in Tennessee securing 132 projects in rural counties with over 23,000 new job commitments and $12.6 billion in capital investment since 2019.

Today, the Governor’s West Tennessee Rural Opportunity Summit was held in Counce, Tenn. The East Tennessee Summit will be held in November in Newport, Tenn. The Governor’s Rural Summit focuses on at-risk and distressed counties by engaging city and county mayors, education and economic leaders, and cabinet members.