20th Annual Tennessee Season to Remember to be held Dec. 1 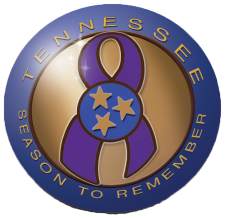 NASHVILLE – For the last two decades, state and local public safety officials, along with families of homicide victims, have gathered to honor and remember victims and survivors of homicide during the holiday season. This year will mark the state’s 20th annual “Tennessee Season to Remember”, which will be held 5:30 p.m. (CST) on Thursday, December 1 at First Baptist Church in downtown Nashville.

The ceremony will be conducted in person for the first time in three years following the pandemic and will also be livestreamed from First Baptist Church (108 7th Avenue S. Nashville, TN 37203) on their YouTube page: https://www.youtube.com/firstbaptistchurchnashville.

At the ceremony, families from across Tennessee will hang ornaments on memorial wreaths in honor of their loved ones. The Tennessee State Capitol will also be lit in purple to honor this event and homicide victims. The Korean Veterans Bridge will also be lit on Dec. 2 following the event.

For a link to the news release, click here.