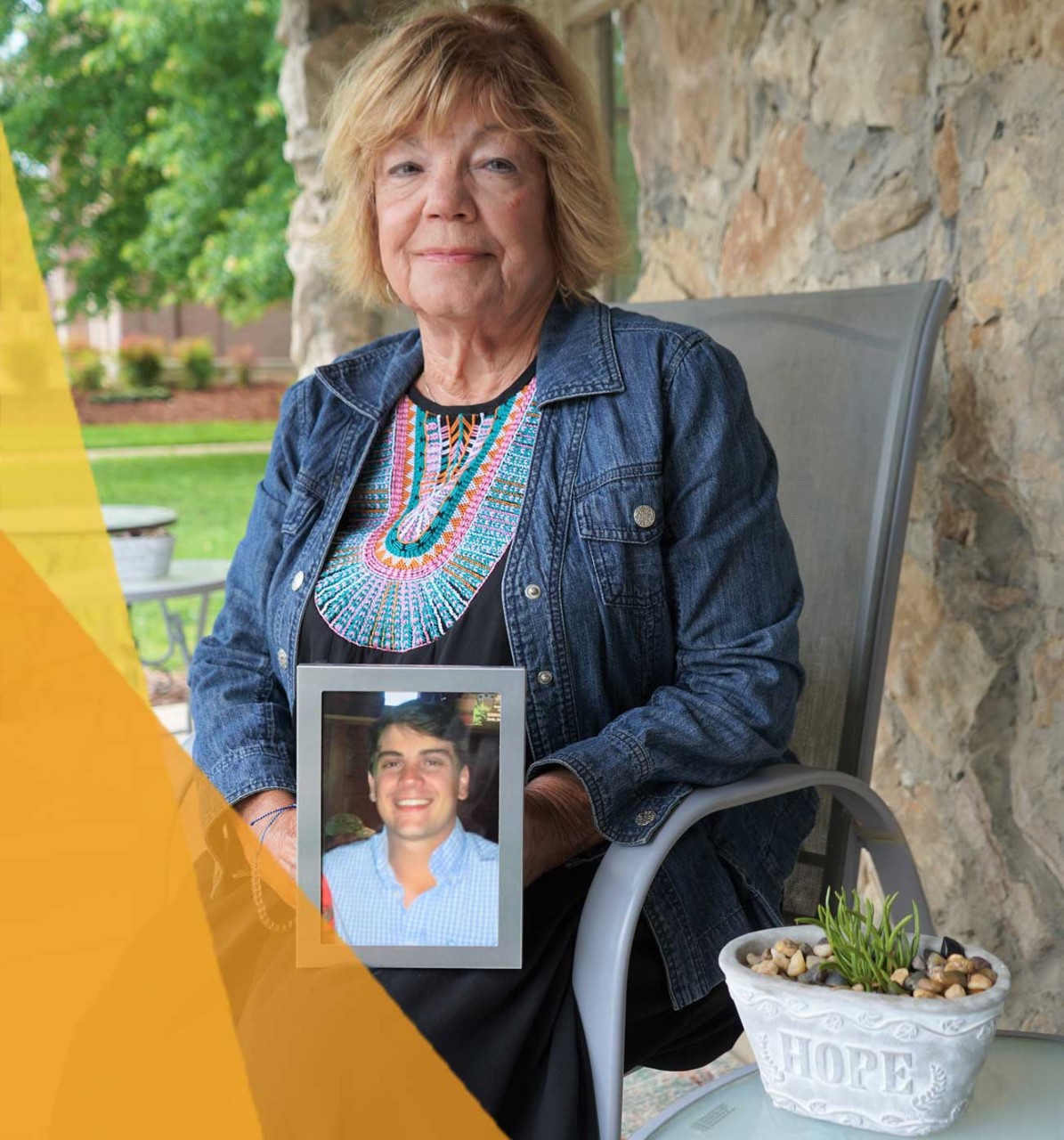 The death of my youngest son has been, of course, the biggest impact of the opioid crisis on my family’s life. The seven years before he died from overdose were hard. Slowly, he changed from a kind and loving person to someone we did not know. We thought for years he was just being a teenager. Andrew still played sports, had girlfriends and lots of friends. He entered UT-Knoxville and became Social Director of his fraternity, but every time we saw him he seemed to change more and more. He had migraines and complained of back pain so we did not question his frequent doctor visits where he got pain meds and we kept giving him money for this. Looking back we feel this is where his drug use escalated. Andrew would not come home often. We would go see him, but he was busy with school, parties and his girlfriend. For the almost four years he as attending UT, his requests for money increased. Stolen laptops, car issues and even having been robbed of money, repairs at his apartment. Literally thousands of dollars (we even cashed out my 401K early paying the penalties).

Finally, we had to bring him home. We made him get a job and kept asking him what was wrong.  He said he had a gambling addiction so we got him a psychiatrist and a therapist. He saw them numerous times and neither of them diagnosed his drug addiction. We made him attend AA meetings and even went with him. I went to 12-step meetings, and we had family therapy. During this time he became increasingly moody and isolated in his room. Things began to go missing. My new iPhone, money out of my wallet. He somehow also managed to use our credit and debit cards. We got kicked out of banks/had to close our accounts. When I questioned Andrew, he said he knew nothing about it. I thought I was losing my mind. He needed money to pay off his bookies who were threatening him. His girlfriend broke up with him, he threatened suicide, we called paramedics and he went to the hospital. They kept him for an hour, and we had to pick him up. So much stress on all of us!!!! All of a sudden, my phone started getting his text messages and I saw that he was buying drugs. He denied this and stole an item and left.  I was frantic and had a warrant issued for theft. Police arrested him with his drug dealer and they had a lot of drugs. Andrew went to jail, received a public defender and was charged with multiple felonies. Got him in Drug Court in Davidson County. Things got worse, he could not stay sober and follow their program (living in a halfway home and getting a job). So much misery for all of us.  We got him out of this horrible situation and sent him to rehab in Georgia. The insurance paid for one month and then advised that we send him to halfway home in Florida. For that year he did great and started to become Andrew again. He got a great job as Assistant Project Manager in construction. When he was released from halfway house, he eventually got an apartment with his girlfriend and a new car.

He had a hard time staying sober and life was a rollercoaster for all of us: one minute hope and the next despair. We made trips to see him and beg him to go back to treatment. He would deny his problem.  He managed to keep his job. All the time needing more money than his salary. Andrew was so good at convincing us that his needs were valid. We went through such inner turmoil about what was truth and what wasn't.  He would threaten us with going back to drugs if we didn't help him and at the same time using that money for drugs. We begged and begged him to get help and he finally went to detox.  He almost had a psychiatric breakdown (he was using benzos and opioids). He was there for a short time, but, because of insurance, they had to release him.

That was right before Christmas. He went into a halfway home but insisted, against their rules, to be out for the holidays with his girlfriend's family. Andrew returned where he lived and on 12/31/2017 died of an overdose of opioids tainted with fentanyl. His girlfriend found him. We had talked with him that night and he seemed good. We told him how much we loved him and how proud we were of him. Our lives were shattered with his death.