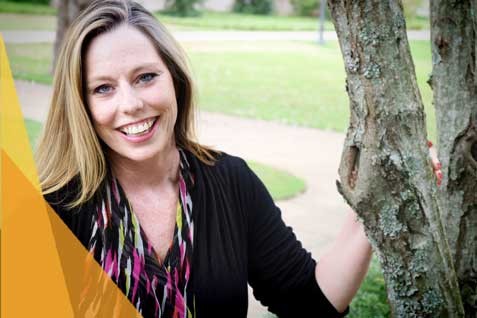 My name is Dianne Sherrod and I am a recovering alcoholic and drug addict.  I was raised in southwest Tennessee by my parents who were married for 50 years and never touched an illegal drug in their life. The only alcohol they ever drank came from the grapes my father fermented into wine for our church to partake of the Lord’s Supper every spring and fall.  I took my first drink at age 13 and my first drug at age 30.  My story is much like many others who have been plagued with addiction; and unlike many others, I have the opportunity to share my story with you.

I’ve been clean and sober since September 9, 2003 by the favor and grace of a merciful God and a 12-step program. On that day I was ordered to treatment by a very frustrated judge who had seen my face one time too many.  I weighed 75 pounds and near death.  Thankfully, I was delivered from a hopeless state of mind and body.  I regained a relationship with God that slowly recreated and restored every meaningful relationship in my life; most importantly, my relationship with my son, whom I left when he was 10 years old.  I now have 5 beautiful granddaughters that spend every weekend with their Dede and they have never seen me impaired.  I was lucky enough to live in a city that provided 12 step meetings daily.  Unfortunately, that is not always the case for people who live in rural areas and small towns.  I’m pretty sure I would have been dead in a short time if it hadn’t been for that empathetic judge who ordered me to treatment and later, 12-step meetings.

What can you do to make a difference?  It’s simple! Take part in an exciting new mission that will partner our faith-based organizations with our recovering communities to bridge the gap and reduce the stigma association with the disease of addiction.  Everyone who suffers deserves the chance for a better life and you can help make that happen in your community. 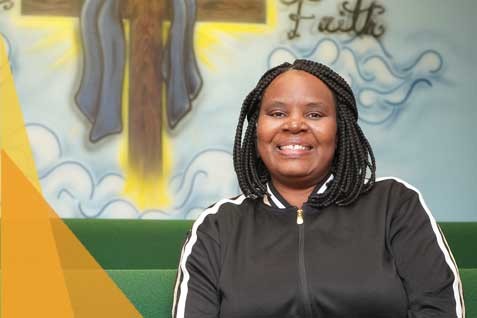 My life has been impacted by the Opioid Crisis since 1987, long before it was recognized as a crisis. All my life, I’ve known people who had substance abuse disorders. I was truly a product of my environment. According to statistics, I was right on schedule when I began drinking and using drugs. However, I thank God for His Grace and Mercy that delivered me from the hands of the enemy. And with His guidance, I’m on my way to becoming a success story. From my birth until this very day, I have been exposed to drug and alcohol abuse. It was really my “normal” until I was delivered and filled with The Holy Spirit of God by faith in Jesus Christ. The opioid crisis has played a crucial role in my life in the following areas: my past, my present and my future.

My past had such a tremendous impact on my future that I was defeated before I ever got a chance to fight. I was probably twelve or thirteen years old when I smoked my first joint with a family friend who molested me. I continued to smoke weed, drink alcohol and have sex with different boys. I became pregnant with my first child at the age of fourteen. I then had two more children by two different men by the time I was 18 years old. When I turned 21, I had four children, no education, no husband and no expectation to do anything but fail. I was totally dependent on welfare and Section-Eight housing. I stayed in a defensive and angry mood. I also continued to smoke weed, snort cocaine and drink. At some point after my 18th birthday, I smoked my first crack rock. No hangovers and no vomiting.

I was hanging with the people who sold it, so it was “free” for a “favor.” I lost all control and nearly lost my children within three months. My son’s father, who was very violent when he was drinking, started fighting me more and trying to make me stay home instead of hanging out with my friends. One day he fought me and my friend when she came to get me. I stayed home that night and was beaten by him. And, although, it cost me two black eyes, my crack smoking spree ended the summer of 1987. I did smoke crack on one other occasion when my grandmother passed, but it didn’t help ease the pain so I started praying to God for help. I was broken, had too many men, too little help and too many burdens. With no coping skills, I almost gave up.

Currently, I still struggle. There are days I wonder if I can stay sane and deal with the pressures of life and the cards I’m given. Today, though, I have hope and faith in God because He changed my life showing me who He is. He kept me from jail and a grave. I did a lot of wrong-I just didn’t get caught. My life today isn’t perfect, but it’s more peaceful now than it’s ever been. When God delivered me from my drug addiction, He saved my soul and blessed me with a nursing career which has taken me places I could only have dreamed about. I began as a Nursing Assistant and advanced to become a Licensed Practical Nurse (LPN) in 1993. In 2005, I graduated with an Associate Degree in Nursing (ADN). In 2017, I marched across the stage and received a Bachelor’s Degree in nursing (BSN). Today, I’m enrolled in a Nurse Practitioner Program, and I will earn my Masters (MSN) in 2021. I’ve learned to deal with stress and failures in a more positive way than turning to drugs, alcohol and sex. The Lord gave me a ministry that involves me telling other women about my choices and the path where it led me. I encourage them to develop a personal relationship with God through Jesus because of what He has done for me. I realize today all the pain and suffering I’ve endured in my life hasn’t been just for me. It’s been for women like me. The Ministry is a gift from God and its purpose is to promote Hope and Faith in God. Hope for those who want to give up. Faith for those who dare to believe. Change is possible.

If I had let my past dictate my future, I would still be in the streets using drugs. There’s no telling where my children would be. After I surrendered my body and soul to God, He blessed me with a husband who understands and loves me for who I am…not for who I was. We co-pastor a small congregation together. He has a story of his own. He’s 16 years into his recovery from drug addiction. Our purpose is to be a Word for Today to the men and women who fall prey to the enemy of defeat. We’re living testimonies about the Power of God and His ability to prevent us from looking or going backwards. If we can help one soul to stop using drugs, our work will not have been in vain. That’s why I’m not scared or ashamed to share my story. Just as drugs had a negative impact in my life, I can be a positive impact in the lives of others. I am a Nurse. I am a Pastor. I am a woman. I am a child of the Most High God, and I’m a living witness that His supernatural love for me will outlast the effects of any man-made natural substance.  It’s from everlasting to everlasting.