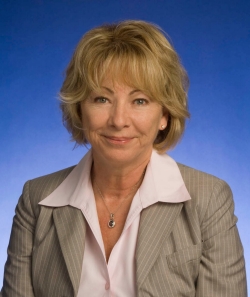 During her tenure, DIDD was able to exit two decades-old lawsuits concerning the care of people with intellectual disabilities, safely transition hundreds of people from two developmental centers into the community, become the first state service-delivery system to receive person-centered excellence accreditation, receive national recognition for its Employment First efforts, and launch its Enabling Technology initiative to support people to live more independently.

“Debbie worked tirelessly throughout her career to improve the lives of people with intellectual and developmental disabilities, and to exit decades of costly litigation,” Gov. Bill Haslam said.  “Under her leadership, more people with disabilities are able to live, work and engage in their communities.  I’m grateful for her service and am proud of all the department has been able to accomplish during her tenure.”

Payne started her career with the state more than 40 years ago as a direct support professional at Clover Bottom Developmental Center.  She held various support and leadership roles at Clover Bottom and the DIDD Middle Tennessee Regional Office.  After several years in the private sector, she returned to state service to create the department’s nationally recognized Protection from Harm system.  She held several roles in Central Office, including Assistant Commissioner and Deputy Commissioner, before being appointed DIDD Commissioner in June 2013.

“I have been honored to serve the state as Commissioner, and been able to witness the tremendous improvements made in the quality of care for people with intellectual and developmental disabilities across Tennessee,” Payne said.  “This has been a team effort that couldn’t happen without the hard work and dedication of DIDD employees, our provider network, advocates, and most importantly, the people we support and their families.”

Payne has been asked to consult with other states and private agencies, specializing in Protection from Harm and Quality Assurance Systems.  She is looking forward to spending more time with her family, especially her five grandchildren.

About the Department of Intellectual and Developmental Disabilities

The Department of Intellectual and Developmental Disabilities is the state agency responsible for administration and oversight of community-based services for approximately 8,000 people with intellectual disabilities as well as 4,000 people through the Family Support Program.   Every day, the department strives to support people to live rewarding and fulfilling lives.  It does so by ensuring people are free to exercise rights, engage with their broader communities and experience optimal health.  DIDD is the first state service delivery system in the nation to receive Person-Centered Excellence Accreditation from the Council on Quality and Leadership.  It has also been recognized as a national leader in its efforts to increase competitive, community-based employment outcomes for people with disabilities.