My mother was addicted to opioids for 17 years and passed away September 6, 2017. She experienced two overdoses, one attempted suicide, was put on dialysis treatments because of damage to her kidneys, had a stroke, lost limbs and eventually her life. Throughout this terrible ordeal, I was her caretaker and also struggled through substance abuse of my own. I was addicted to cocaine and eventually started abusing her medications as well. This is how I became acquainted with opioid abuse. I have been clean since April 23, 2009. The abuse and use of opioids started a trickle-down effect that destroyed a precious human life. Today, I serve my community and would like to dedicate my time education others and sharing my experience, hope and strength. 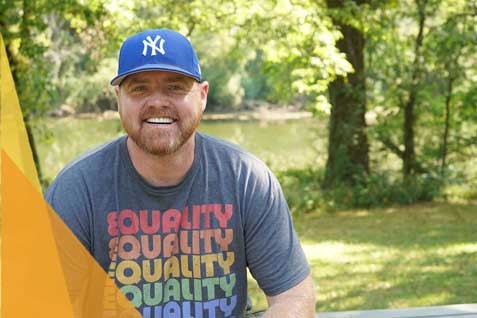 I grew up in Sneedville surrounded by addiction. My mom had an addiction to drugs and so did my stepdad.

I recall the time I was a high school junior and my mom purposefully overdosed to kill herself. She checked me out of school that day and when I realized what she had done, I found a friend to drive us to the hospital in Tazewell. She survived, and I remember thinking while riding to the hospital with her head in my lap…“Never me. I don’t want to be like this.”

My step-dad died of a drug overdose my senior year.

I drank alcohol. Probably developed alcoholism by the time I was 21. I wasn’t using pills or pain killers. I even moved to Washington, D.C. for a time and quit drinking for six months.

It wasn’t until I returned to Sneedville in 2003 that I got caught up in using opioids. It just happened. They were everywhere. At work, building homes, all of us got pills from a co-worker who would advance us the pills until that week’s paycheck arrived. It wasn’t long before I was snorting and then injecting.

Finally I ended up in some legal trouble and avoided jail by going to rehab and then a halfway house. The daily 12-Step meetings and a Spiritual (non-religious) path kept me focused. One of the men in the 12-Step program sponsored me and challenged me to really work the program.

I’ve been in recovery 10 years now and held down that same job I received during that period.

I had to face the addiction which was a symptom of many other internal problems and address those. 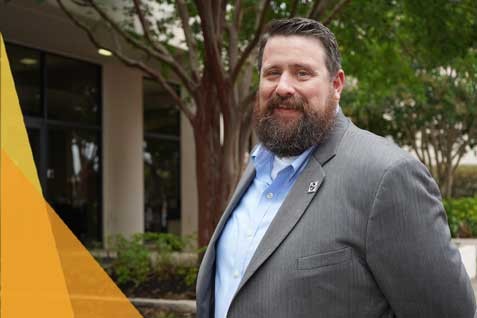 My story starts with no real trauma or drama. I had what you could say is the American dream. With two parents that loved me and being pretty successful in sports and popular in school, you wouldn’t think someone could fall into addiction. What I realize today was that I was always trying to fill a void with either more friends or diving into sports. I moved away to college and begin to be a little rebellious like some college students are. Around this time Hurricane Katrina hit in New Orleans and I knew some people going down to work in the aftermath so I left school and joined them. During this time I injured my back and was introduced to prescription pain medication and immediately I knew that this is what had been missing in my life. The void no longer needed to be filled.

After about a year I moved back home to East Tennessee and began to date my high school sweetheart. (I always knew I would marry her!) She was innocent and a preacher’s daughter. She had no clue that I was living a double life. We ended up getting engaged, then got married and my addiction got harder and harder to hide. I was beginning to steal and pawn things. I became a slave to something I could hold with two fingers. My paychecks kept getting smaller and smaller and my payday loans became unmanageable. Eventually I was caught and confronted and went to rehab. My family and wife were very supportive while I was at this facility.

When I completed rehab my wife thought that I was healed as long as I went to meetings and did the 12 steps. Little did she know I was just wearing a mask and that I was using the day I got out. This double life spiraled so fast out of control this time because I had to lie and steal from people that didn’t know I just got out of rehab.

Eventually I was caught again and kicked out of every house I could possible live in. My wife had left and separated from me and I had nowhere to go. That’s when I found S2L Recovery located in Middle Tennessee.

I began to learn things about myself and about God that I had never known. I began to understand forgiveness for the first time. My wife felt that I had lied too much and I didn’t know what she was going to do. I was in the program for a few months and they asked me to become an intern. I agreed and all the while I was expecting divorce papers in the mailbox, but God was slowly restoring my marriage.

Well after three months of an internship they asked me to become a full-time staff member. This clearly was not going to be an option for me because my wife (God was restoring our marriage more and more) lived in East Tennessee and all of our family and job opportunities also were in East Tennessee 2.5 hours away.

I told them that my wife and I would “pray” about this decision to be a staff member for three days and get back to them. On the second day of prayer my wife’s boss came to her and offered her a promotion if she was willing to relocate to Middle Tennessee. HAHAHA!!! We got the point and I committed to being a staff member. From that point, God has just continued opening doors and growing this ministry and me.

Today my wife and I have two beautiful children and our marriage is stronger than ever before. I became an ordained pastor six years ago, and I have served as the CEO of the very program I went through, S2L Recovery. There is freedom from the chains of addiction!