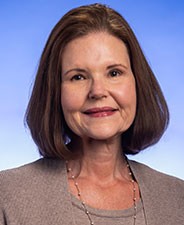 Lisa Jordan, a Tennessee-licensed CPA, has spent her entire professional career as a State of Tennessee employee. After graduating with a Bachelor of Science in Business Administration from the University of Tennessee in Knoxville in 1983, Ms. Jordan was hired as a Legislative Auditor in the Financial & Compliance Division of the Office of the Comptroller of the Treasury. For nine years, she worked as an Internal Auditor in the predecessor to the Department of Mental Health and Substance Abuse Services. In 1995, Ms. Jordan became employed as an Examiner in the newly formed TennCare Oversight Division within the Department of Commerce & Insurance which was established by Executive Order. The Division licenses, regulates and monitors the operations of the managed care companies that provide medical, behavioral, and long-term care services to Tennesseans enrolled in the TennCare Program. After promotion to the position of Examinations Manager, then Examinations Director, Ms. Jordan was appointed the Assistant Commissioner of the Division in 2003. Ms. Jordan is a graduate of the Tennessee Government Executive Institute.