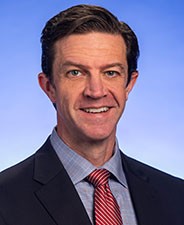 Bill Huddleston was appointed as Assistant Commissioner for the Division of Insurance in January 2021. A Commerce & Insurance team member since 2014, Mr. Huddleston previously served as the Director of Insurance where he oversaw the division’s administration which includes agent licensing, company examinations, company financial analysis, and other duties. A certified public accountant, Huddleston also served as Receivership Director in the Insurance Division. In 2017, he was a recipient of a Governor’s Excellence in Service Award for his leadership in the Division of Regulatory Boards. Prior to joining Commerce & Insurance, Mr. Huddleston served as a legislative auditor with the Office of the Comptroller of the Treasury. A Nashville native, Huddleston is a graduate of Lipscomb University as well as Harding University.