The facility features a section of interstate-like roadway ranging from two to six lanes with guardrail, a two-way interchange, and cable and steel barrier rail, as well as a section of two-lane highway and a full four-way intersection.  The design provides an area to simulate a variety of crashes, allowing emergency responders to train on safe and efficient techniques for clearing major highway incidents. 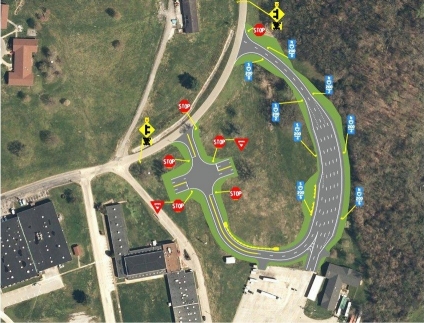 The training site concept, which is the first of its kind in the nation, was introduced to TDOT by Tennessee Highway Patrol (THP) Colonel Tracy Trott. The training site is located on land adjacent to the THP Training Center off Stewarts Ferry Pike in Nashville. TDOT applied for and received federal Highway Safety Improvement Project funds, which covered 90% of the $912,025.05 cost to build the facility.

The Tennessee Traffic Incident Management Training Facility is dedicated to TDOT and THP first responders who have been killed in the line of duty.