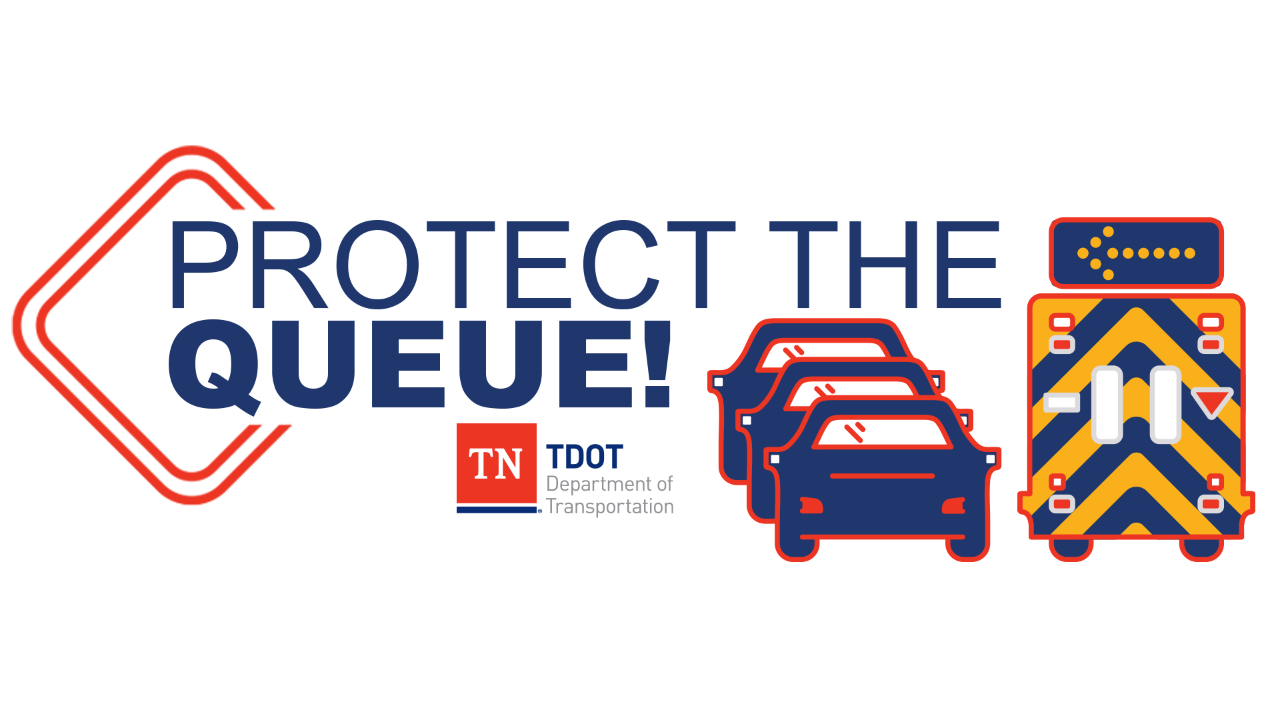 What is a queue?
Here, a queue is defined as a line of slow moving or stopped traffic.

Studies prove the likelihood of a secondary crash increases by 2.8 percent for each minute the primary incident continues to be a hazard. As much as 25% of all traffic incidents are secondary crashes, and up to 20% of those involve serious injuries or fatalities.

In June of 2013, the Protect the Queue campaign was born. Then TDOT Commissioner John Schroer felt strongly that TDOT could do more to protect innocent motorists from these secondary crashes by not only clearing the roadway as soon as possible but also by aggressively alerting drivers of the slow-moving traffic ahead.  This movement stresses to all TDOT employees and partnering agencies the importance of protecting drivers caught in a traffic queue. A training program on the most effective queue management techniques was launched.

Since the start of TDOT's Protect the Queue campaign, data gathered from July 2013 through December 2013 showed a 19% reduction in secondary incidents over the same period in 2012. This equates to 20 fewer secondary incidents, and could represent four lives saved. 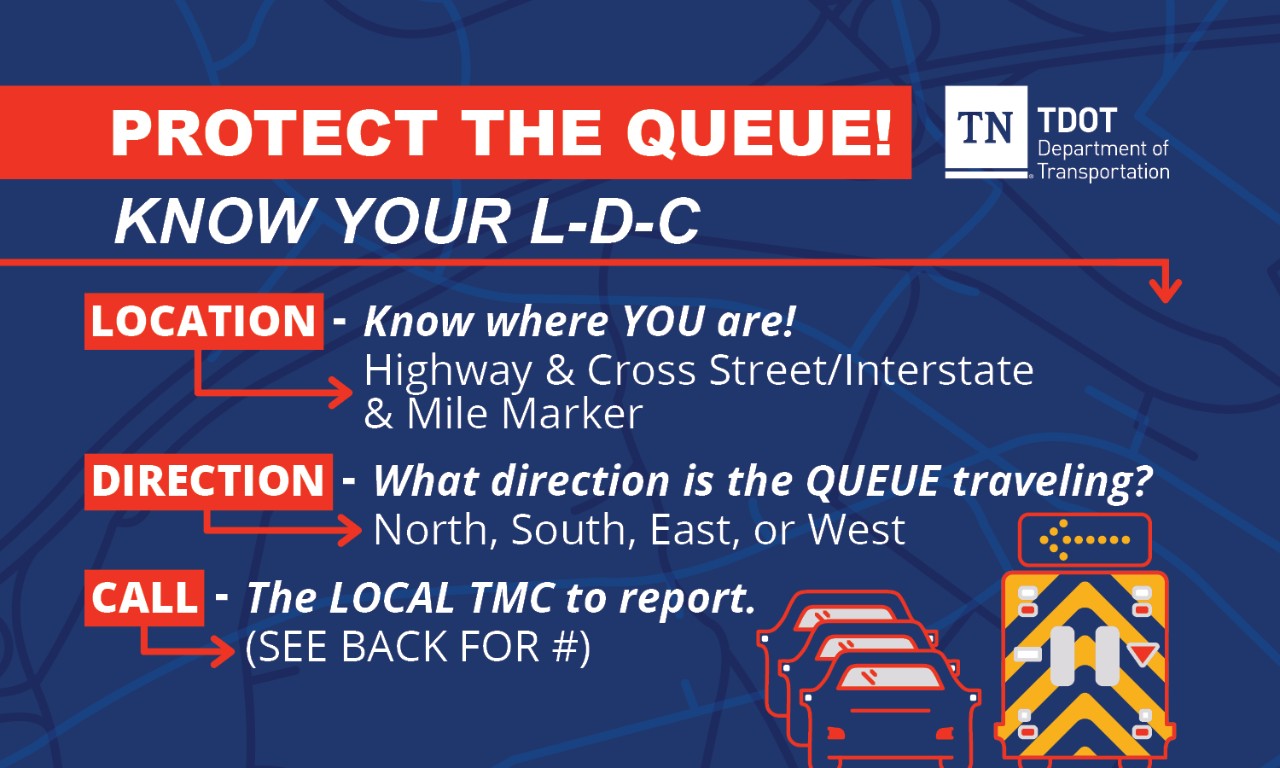