The proposed project along Interstate 65, south of downtown Nashville, includes construction of a new interchange at I-65 and a proposed extension of Buckner Road, between Buckner Lane and Lewisburg Pike (US 41/SR 106), in Williamson County.

The newly constructed exit will be a diverging diamond interchange (DDI). The unique crisscross design of a DDI allows two directions of traffic to temporarily cross to opposite sides of the roadway in order to travel across the overpass, and then cross back and resume the original travel pattern. The DDI uses concrete dividers, stop bars, traffic signals, and extensive signage to guide motorists through the interchange.

The proposed interchange is located in the City of Spring Hill. Currently, three interchanges are within five miles of the proposed location including Saturn Parkway (SR 396), I-840, and Goose Creek Bypass. These interchanges accommodate commuter traffic between Maury, Williamson, and Davidson Counties, but they are reaching capacity, which is limiting development in the area.

The purpose of the I-65 interchange project is to improve regional connectivity and accessibility to the interstate system by providing direct access to Spring Hill and reducing traffic demands at the existing interchanges. The safety and operation of nearby local routes, including Saturn Parkway (SR 396), Lewisburg Pike, Port Royal Road, and Columbia Pike (US 31), would also be improved by construction of the interchange.

The request for this interchange was submitted by Williamson County and the City of Spring Hill in coordination with the Tennessee Department of Transportation and the Federal Highway Administration.

I-65 will remain in its current configuration with four 12-foot travel lanes (two lanes in each direction), 4-foot inside shoulders, and 10-foot outside shoulders.

The extension will intersect with Buckner Lane to the west and Lewisburg Pike to the east. Both intersections will be signalized with additional travel lanes and turn lanes to accommodate traffic.

Additional improvements to connectors roads, including the existing intersection at Buckner Road and Buckner Lane, are planned by the City of Spring Hill. 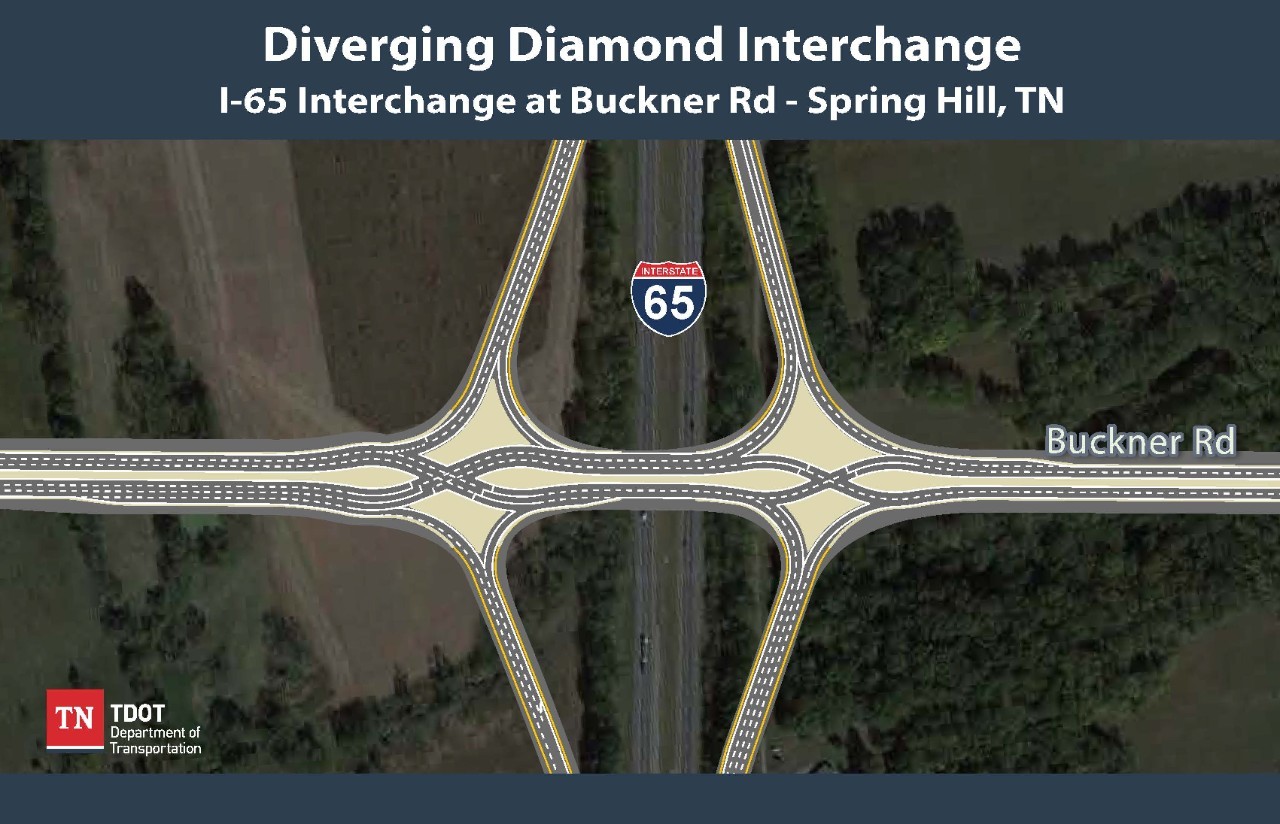