I-55 and Crump Interchange Lane Closures

MEMPHIS, Tennessee – The Tennessee Department of Transportation contract crews have signs up and are ready to begin work on the I-55 and Crump Interchange. The first lane closures are set to begin in June.

On Monday, June 6 crews will have temporary lane closures from 8:00 pm – 6:00 am on I-55 southbound from the south end of the I-55 bridge to near Wisconsin Avenue to install concrete barrier rail. The barrier rail will result in lane closures that will last approximately eight months. The closures are (see attached map):

These lane closures are part of the $141.2 million project being built by Bell Construction.

The improvements to the I-55 and Crump Boulevard interchange include constructing new through travel lanes for mainline I-55 traffic, which will eliminate the requirement for interstate traffic to use single-lane, low-speed ramps in order to continue on I-55. A new multi-lane roundabout intersection will be constructed to replace the existing cloverleaf interchange and provide improved access to and from I-55 and existing local roadways. The project will also include repairs to the I-55 river bridge deck.

For more project information visit the projects webpage where you will be able to sign up for project updates, I-55 and Crump Interchange.

As always, drivers are reminded to use all motorist information tools wisely and Know Before You Go! by checking travel conditions before leaving for your destination. Drivers should never tweet, text, or talk on a cell phone while behind the wheel.

In 2016, the Tennessee Department of Transportation lost three workers in the line of duty. All three were struck by passing motorists. Those tragedies bring the total number of TDOT lives lost to 112. We don’t want to lose another member of our TDOT family. We’re asking you to WORK WITH US. Click on the WORK WITH US logo to learn more. 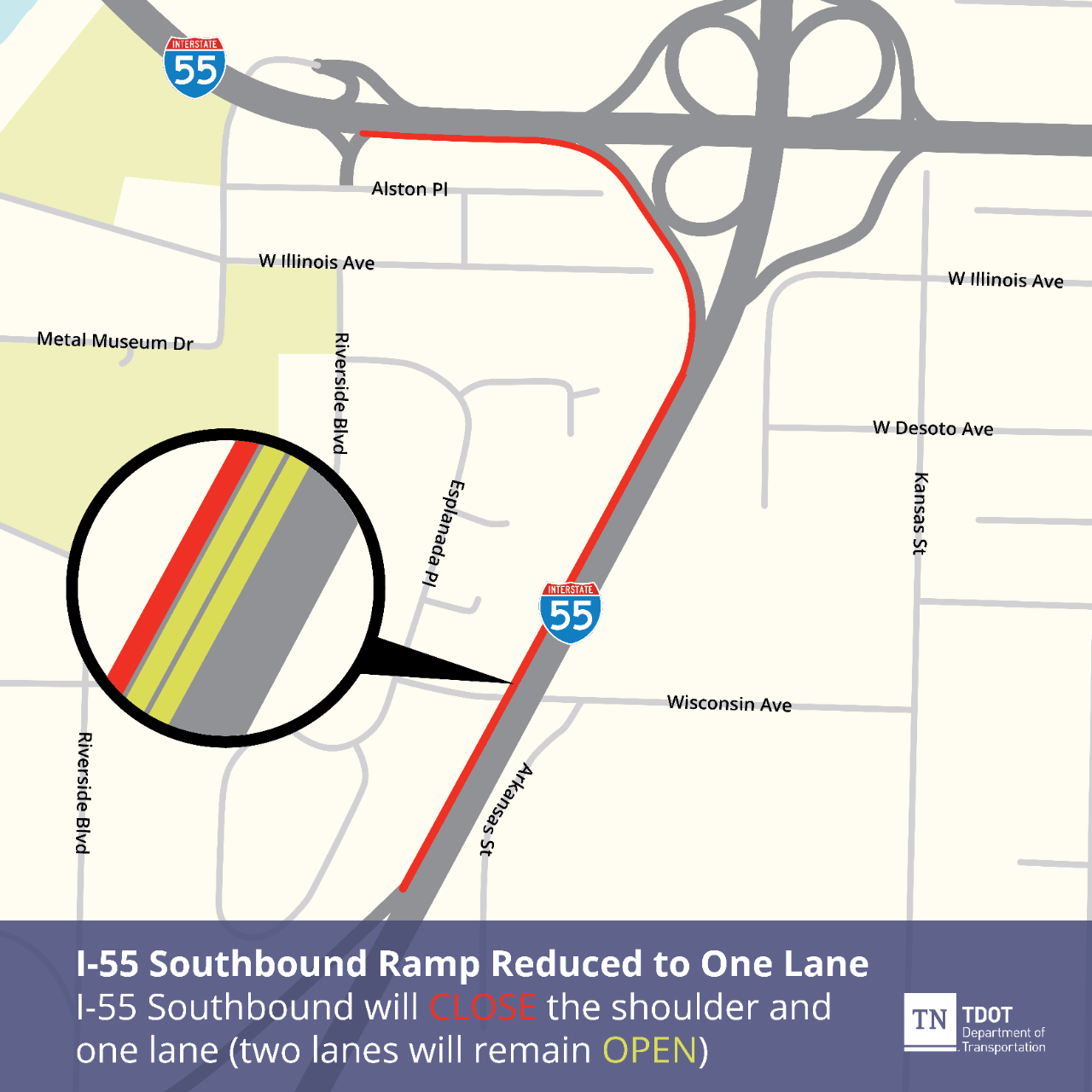