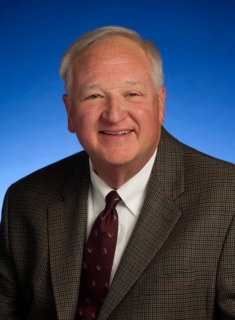 Mr. Mike Edwards was first appointed to the State Board of Education in 2011 and was reappointed in 2016.  Mr. Edwards retired in 2019 after serving 17 years as President and CEO of the Knoxville Chamber, where he championed issues related to public education and workforce development. Under his leadership, the Knoxville Chamber was named the 2011 Chamber of the Year by the American Chamber of Commerce Executives and holds a Five-Star Accreditation from the U.S. Chamber of Commerce. Mr. Edwards is a former retail developer, and prior to that he served for 17 years as CEO of the Public Building Authority of Knox County and the City of Knoxville.