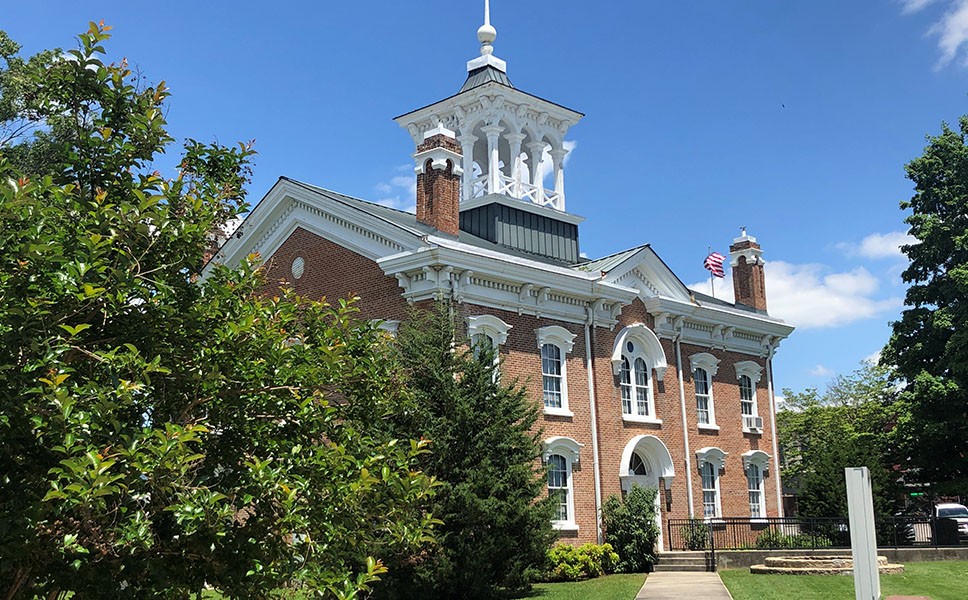 Manchester, the county seat of Coffee County is located along I-24 halfway between Nashville and Chattanooga. The city is blessed with rich architectural character around its historic square including the 1871 courthouse that is home to the Coffee County Historical Society; the Municipal Arts Center; The Church at 117 Events Center; and destination businesses that bring locals and visitors alike to downtown.

Manchester and Coffee County are important gateways into the growing south-central Tennessee region. The city serves as a residential, retail, and local government services hub for Coffee County, the Bonnaroo Music and Arts Festival’s Great Stage Park, and nearby industrial parks. Community leaders knew that redevelopment of their downtown was key to serving these markets and increasing quality of life for its residents.

Manchester leaders have a track record of working together on historic preservation efforts that is positioning the city for economic success. Beginning in the mid 2000’s, the community began to preserve and enhance their historic core’s cultural, transportation, and economic assets to attract new investments, businesses, and residents as well as new heritage tourism revenues and have completed several activities with impressive outcomes.

In 2010, Manchester adopted a preservation ordinance that designated the Downtown Historic District to protect the community’s heritage, preserve the district’s character, and ensure that future changes are compatible with existing historic buildings. City leaders created the Manchester Historic Zoning Commission as a municipally-assigned board with members who demonstrated expertise in history, architecture or principles of historic preservation. The Historic Commission’s primary purpose is to promote and encourage downtown business within the historic zone as well as maintain the integrity of both commercial and residential historic structures and their significance.

Leaders knew that the key to a strong downtown was to encourage building owners to invest in the historic buildings in order to protect the city’s heritage, have a positive economic impact, and conserve irreplaceable community resources. An historic overlay and new zoning and review standards were established by the ordinance to provide a framework for review of applications involving exterior alterations, new construction, demolitions and relocations within the historic district. The provisions of historic zoning apply in the historic district in addition to existing zoning regulations that designate residential, commercial and other uses.

After a series of community meetings, the Manchester Historic Zoning Commission and city leaders drafted a set of simple, flexible historic design standards to be used by the Historic Zoning Commission in reviewing proposed changes. Existing buildings were grandfathered in and not required to make changes to comply with the review standards until the property owner decides to remodel, add to, demolish or relocate a structure. A separate Reference Manual for Historic Structures which included maintenance and repair tips was also made available at the city’s Health and Codes Department and website. This reference material provided more detailed guidelines to property owners and residents wishing to restore or maintain a structure with its original historic appearance. In 2016, city officials updated the Historic Downtown Manchester Review Standards with the intention to protect buildings and property owners, enhance the attractiveness of the downtown to visitors and potential investors, and preserve the character of the district.

In the mid 2000’s, the city commissioned a new downtown streetscape master plan to guide infrastructure investments in the downtown core. The project was Phase V of their Manchester Greenway System that connected the downtown to other parts of the city. This project funded new improvements around all sides of the town square including roadway milling, resurfacing, drainage improvements, crosswalks, landscaping, utility improvements, pedestrian lighting and other pedestrian amenities. In 2009, the city was awarded a Tennessee Department of Transportation (TDOT) Transportation Enhancement (TE) grant and additional Surface Transportation Program (STP) funding was added for a total of $981,905 of federal funding. The city and Manchester Tourism and Community Development Commission provided 20% of local funding to complete the $1,227,381 project.

In 2015, the community celebrated the completion of the streetscape project. Excitement grew among downtown stakeholders at this milestone. The community could see how this investment in streetscape improvements was positioning the downtown for future investment and an economic resurgence.

Also in 2015, city leaders, county officials and a group of downtown stakeholders came together to research best practices and available resources to continue their progress. The group met with the Tennessee Main Street director several times to explore strategies and success stories from other communities. Manchester leaders made the decision to apply for round five of the TNECD Tennessee Downtowns program and obtained assistance from the South Central Tennessee Development District in preparing their application. During this process, the community benefitted from learning about successful downtown redevelopment program strategies that built community expertise, relationships and local leadership capacity.

In 2016, Manchester leaders received the news of their selection into the Tennessee Downtowns program. The steering committee was formed during the application process from city, county and downtown stakeholder group leaders who had been involved in the planning and in the community’s past downtown revitalization efforts. The committee benefitted from strong existing relationships and support from the community, downtown stakeholders, the city of Manchester and Coffee County government. Manchester Downtown Steering Committee members and local government leaders participated in training and technical assistance provided by TNECD Main Street and the National Main Street Center.

Upon completion of the Tennessee Downtowns training sessions and webinars in 2016 and 2017, the steering committee applied to use their $15,000 Tennessee Downtowns grant to address façades of buildings on and adjacent to the square. The community identified an additional $15,000 in local funds from the Tourism and Community Development Commission to expand the grant funding to $30,000. This project continued successful work to preserve the character of their historic community and create viable locations for new downtown businesses.

TNECD provided examples from other Tennessee Downtowns communities for the steering committee to utilize as they set the parameters for their Façade Improvement Grant (FIG) program. The committee decided to offer up to $2,500 grants and require a minimum 50% match for each property or business owner applying to the program. Community meetings, mail outs, and face-to-face conversations targeted to property and business owners were completed to get the word out and explain the new program. These incentives provided the opportunity for the steering committee to engage a cross section of stakeholders and offer new resources to continue strategic downtown investments.

Manchester leaders created a separate FIG review committee to oversee the selection process to ensure a fair review of the applications. The steering committee confirmed the committee’s recommended projects for funding and worked with city officials to manage the project. Fifteen projects were approved including awning and sign installations and new paint, door, and window installations.

The completion of the façade improvements project has been well received, and committee and city leaders are continuing their efforts to preserve and enhance downtown properties by taking advantage of historic preservation services available through the Tennessee Historical Commission (THC). In 2017, Manchester obtained THC Certified Local Government status and is benefitting from historic commission training, technical assistance and grant funding provided through this program. The community is also considering placing the historic downtown district on the National Register of Historic Places with the help of THC; this would position property owners for additional historic tax credit incentives.

Between 2017 and 2018, the fifteen FIG improvement projects signaled positive change and leveraged public and private investment in the downtown. Manchester realized a 5:1 return on property owner, local tourism and community development commission, and state investments in the project. Total project results include