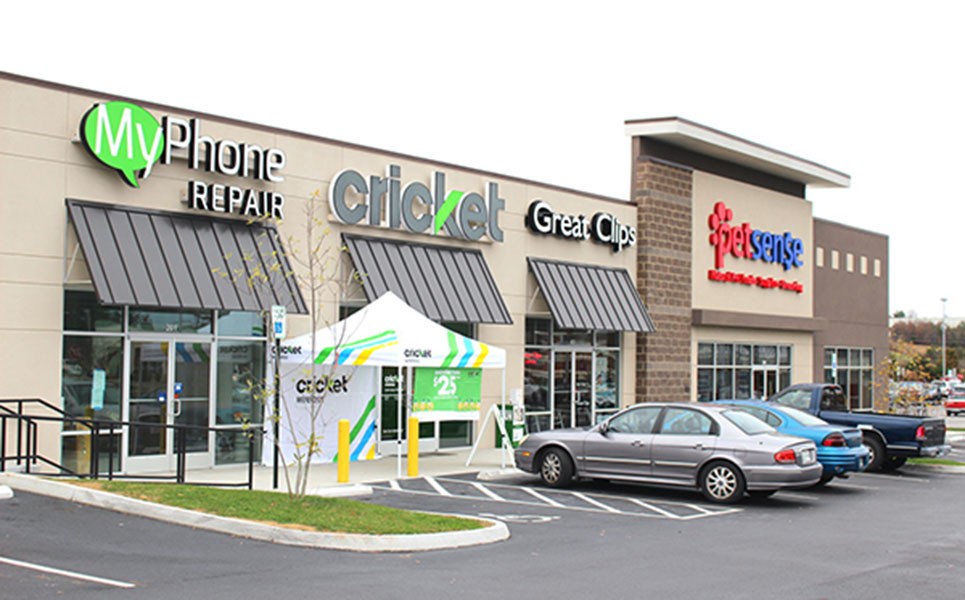 Greene County is located along I-81 on the eastern border of Tennessee. Founded in 1783, Tennessee’s second oldest town, Greenville, was the capital of the State of Franklin in the late 18th century. Today, Greene County is a progressive, diversified community nestled in the Appalachian foothills that abounds with natural beauty, friendly people, fascinating history, and a variety of outdoor activities. Community leaders take pride in expanding their cutting-edge technology while carefully preserving their history. The blending of the future and past make it an extraordinary community.

As part of their shared economic development goals, Greene County partners identified the need for new retail establishments to serve local residents, keep consumer expenditures in the county, and grow sales and property tax revenues for local governments. Leaders saw the opportunity to utilize the TNECD ThreeStar program for new retail development and recruitment services to address this priority.

In 2014, the Greene County Partnership and the Town of Greeneville launched a retail recruitment effort to boost retail tax revenues, add jobs, and spur the development of land for retail use. Retail Strategies, a national retail development firm, was contracted to provide research, promotion and guidance during the three-year campaign. This effort was the first of its kind in Greene County and is dedicated to growing the community's economy through retail.

Funding for the retail recruitment initiative came from multiple sources including the town and twelve local businesses. Greene County Partnership and local officials saw the opportunity to utilize TNCED ThreeStar grants over a three-year period to leverage these local investments. The total cost of the project was $88,000, and the anticipated return was expected to far exceed this investment.

In the first year of the campaign, Retail Strategies spent months compiling demographic and psychographic data for the county before presenting a Strategic Retail Recruitment Plan at a community meeting hosted by the Partnership in early 2015. That information was then used to create a retail development section on the Partnership’s website, GrowInGreene.com. Basic market information, a downloadable retail marketing guide, a gap analysis of retail leakage, and a list of national retailers already located in Greeneville was made available.

To elevate their position in retail recruitment and business development, Retail Strategies marketed Greeneville at retail events across the nation including the International Council of Shopping Centers’ (ICSC) RECON trade show. Based on that event alone, Retail Strategies had productive meetings with three “fast casual concept” restaurant chains, one grocer, one national hair salon, and a regional developer interested in a strip center development in Greeneville. The team also began work with an out-of-state developer that was redeveloping a shopping center in anticipation of attracting national retailers. The Town of Greeneville mayor and administrator also attended the ICSC Tennessee/Kentucky Idea Exchange alongside Retail Strategies representatives to “learn the ropes” of retail recruiting.

In the second year, the campaign sustained momentum with a long-awaited announcement that Publix, a national grocer, would be the anchor tenant at the redeveloped Fairgrounds Plaza with a capital investment of $9 million and the addition of 130-150 new jobs. A proposal from another developer was received for a new center within the Greeneville city limits after the Publix announcement. Retail Strategies began work with that developer to attract national anchor tenants and a tax increment financing (TIF) agreement negotiated with the town provided incentives for that development to be located near the Walmart location at the end of the city’s retail corridor. In late 2016, national retailer Petsense announced it would be locating a 5,500 square-foot store in the new Crockett Crossing shopping center.

The local team continued work with a regional restaurant chain to secure a location in Greeneville through assistance from a local business owner who is also an investor with the chain. Site visits were conducted, land prices negotiated, and a TIF agreement was developed with the Town of Greeneville. In addition to these prospects, Retail Strategies continued to work with four other major brands on possible locations in Greeneville.

In June of 2017, Retail Strategies presented an update to more than a dozen project stakeholders. The update highlighted changing retail trends, a peer analysis that helped to dictate which retailers were being targeted, and an in-depth discussion on what retailers were saying (both positive and negative) about the county. The stakeholders were able to ask questions and engage with Retail Strategies representatives to find better ways to position their community on the retail stage as they finalized plans to continue the initiative. Greene County’s three-year contract with Retail Strategies concluded in October of 2017. The Greene County Retail Recruitment Strategy has increased local leadership capacity and spurred the development of commercial real estate properties. Today the initiative is continuing to focus community attention on improving Greeneville’s retail tax base and generating more retail interest than ever before.

The goal of the three-year project was to encourage commercial development. The initiative made great strides in its first year, but more importantly it laid the groundwork for continued success throughout the second and third years of the campaign. The project gained support throughout the community and resulted in property owners coming forward with available buildings and/or land to include in the online database for promotion.

The success of the venture with Retail Strategies positioned the community for future retail development. Local and TNECD ThreeStar grant investments for the initiative increased the number of shopping opportunities for local citizens and visitors. The long-term value from the partnership will be tracked by increased sales tax and property tax revenues and future development of retail centers.  Three-year project results include