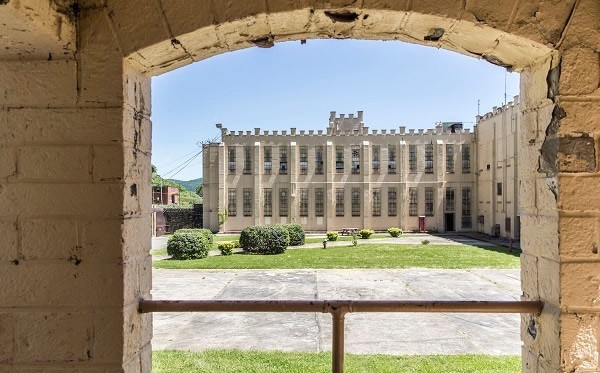 In 2015, the county was categorized as an at-risk county with low per capita income, high unemployment and nearly 20% of residents at or below poverty. A large portion of the county’s land is owned by the State of Tennessee, and the acreage available for industrial development is limited. The county had three industrial parks that together contain only 50 available acres. The county’s private sector industrial employment base includes five industries with a total of 350+ employees. State and local government employment at the state-run prison, the county school system, county and municipal governments constitute the majority of jobs available to residents. Morgan County’s current conditions leave little opportunity to create jobs and diversity the tax base through traditional industrial development. Local economic development and government leaders took steps to maximize the use of a well-known historic asset to introduce a new industry, distilling, and to develop tourism.

Since 1896, Morgan County has been home to the Brushy Mountain State Penitentiary. The 113-year old prison was the oldest operating prison in Tennessee when it closed in 2009. The well-known facility housed some of America’s worst criminals and for many years the prison was home to the infamous inmate, James Earl Ray. Brushy was known as the “End of the Line” meaning that most of the hardened criminals that it housed would never leave.

State officials talked about the closure for years, and the Tennessee Department of Corrections conducted the decommissioning in such a way as to promote and facilitate reuse of the facility. Brushy Mountain Prison represented an important part of Morgan County’s history. To protect this important historic asset, the Morgan County Economic Development Board (MDEDB) and the Tennessee Historical Commission executed a Memorandum of Understanding to preserve the integrity of the historic property.

Several proposals for reuse were considered, but aged infrastructure seemed to always be a hindrance. Almost four years after the closure, the MCEDB was approached by the Brushy Mountain Group (BMG), a partnership of three successful Tennessee entrepreneurs, with a proposal to turn the historic prison site into a regional tourist destination. The partners presented a unique Brushy Mountain Development (BMD) Plan that included a large on-site distillery, tours of the prison and distillery, a gift shop, museum, restaurant, concert and event venues, RV Park lodging and production of bottled water. The BMD was projected to create approximately 400 direct and indirect jobs and create roughly $5.4 million in direct and indirect wages during the first five years of operation. This employment growth would help to alleviate the county’s current economic conditions.

Tourism and distilling are two sustainable and growing industries across Tennessee. During the planning phase of the project, MCEDB and BMD leaders researched both sectors and determined that Brushy Mountain would be the only tourism destination at a decommissioned historic prison with an active distillery in the country. Market research confirmed that the project would be located in proximity to 20 of Tennessee’s top 50 tourism destinations and 2.8 million people lived within a 100-mile radius of the facility. On the distilling front, Brushy Mountain Distillery would have the ability to bottle private label and wholesale whiskey with their 18-foot column still, the third largest in Tennessee. Given the rising interest and demand for both Tennessee whiskey and historic tours of prisons, research results confirmed that Brushy Mountain would be a popular tourist destination.

MCEDB and BMG involved the community throughout the planning process. A number of town hall meetings to educate local residents and political leaders were held. MCEDB and BMG leaders appeared on local radio talk shows and Knoxville TV stations and made regular presentations at county commission meetings. Intentional efforts to keep the community informed have continued on social media throughout the project. In 2013, the greatest indication of local support was in the 2:1 referendum vote to allow distilling in the dry county. A petition with 700 signatures was required to bring the referendum to the vote.

The MCEDB and BMG worked with Tennessee State legislators to amend the statute to allow the Brushy Mountain property to be named a commercial development district and the MECDB to receive an allocation of tax revenue to retire indebtedness for redevelopment of the prison. The MCEDB would receive 7.5% of sales tax generated by the BMD for a period of 20 years. The legislation passed unanimously in the house and senate in April 2014. Development of Brushy Mountain was also included as a strategic project in the East Tennessee Development District Comprehensive Economic Development Strategy (CEDS) in 2014 – 2015, which positioned the project for future Economic Development Administration (EDA) and other sources of economic development funding.

In December of 2014, the property was deeded to the MCEDB, who would own the property and lease it to the Brushy Mountain Group. The BMD Master Plan included multiple business components that would come on line at different times. Construction of the distillery was slated to begin first so sales and tours could begin at the same time. The public/private partnership would ensure sustainability of the project. Unlike most distilleries that have to wait four to seven years before they can realize profits, BMD would generate profits from venues for visitors including prison and distillery tours, seasonal events, concerts, RV park lodging and End of the Line Moonshine sales.

In May of 2016, TNECD also provided $200,000 in FastTrack funding for building retrofits and site improvements to prepare the facility. Then in 2017, Morgan County was awarded $50,000 in TNECD Asset Enhancement Grant funding that was matched by $85,000 from BMG to construct the concert stage that was initially planned for a later phase of the development. The opportunity construct this component early has allowed Brushy Mountain to open with a full complement of event spaces in place.

Brushy Mountain opened to host behind-the-wall tours, The Wardens Table Restaurant, End of the Line Moonshine and Distillery, museum, gift shop, concerts and events throughout the facility. Brushy Mountain is already proving to be a significant economic driver. In the first two months of operations, 35+ direct jobs have been created in the six business divisions that are open.

The Historic Brushy Mountain State Penitentiary reopened on August 4, 2018. Three year projections include 82 new direct jobs and 122 new indirect jobs to be created. Five year projections include the creation of approximately $5.4 million in annual direct and indirect wages. The development is well on the way to hitting direct job creation targets in its first quarter of operations.  Results from August 4 through October 8, 2018 include:

For project information visit the MCEDB.

Adequate infrastructure is a fundamental component of successful economic and community development. The mission of the Appalachian Regional Commission is to innovate, partner, and invest to build community capacity and strengthen economic growth in Appalachia. TNECD serves as the lead agency in administering Tennessee’s ARC funding and programs. Through ARC, TNECD is able to assist in the award of grants each year for economic and community development projects in the 52 counties in middle and east Tennessee served by ARC.