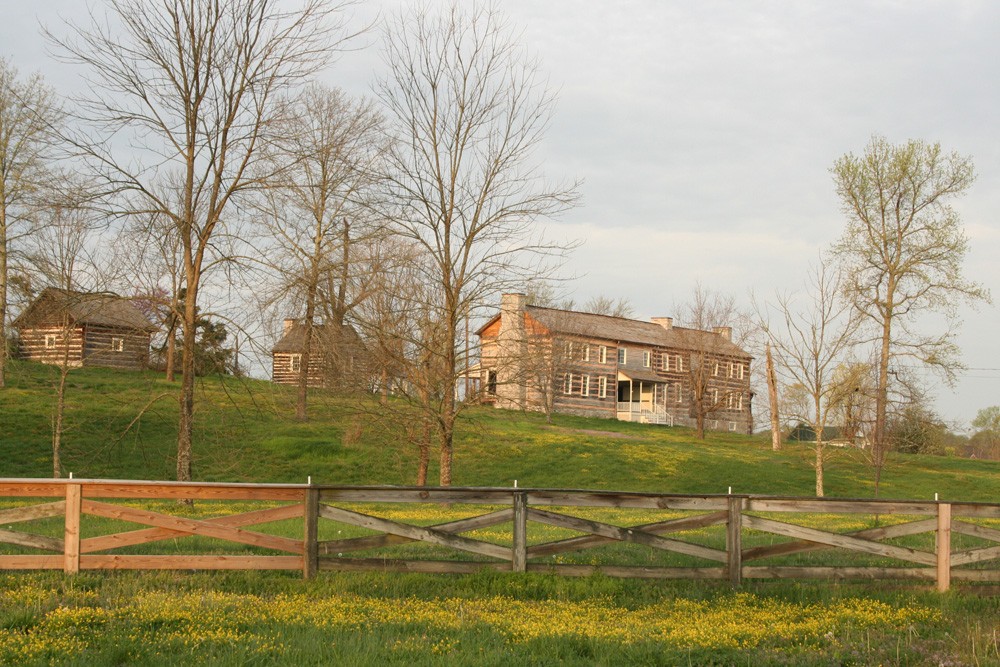 Wynnewood is the largest extant log structure in Tennessee, and is one of only 29 National Historic Landmarks in the state. Originally known as Castalian Springs--after the ancient site at Delphi in Greece-- the impressive main building was constructed in 1828 by A. R. Wynne, William Cage, and Stephen Roberts as a stagecoach inn on the Nashville-Knoxville Road. In 1834 Wynne purchased his partners' interests and moved his family into the inn, where he resided until his death in 1893. Throughout Wynne's lifetime, guests were received at the house, attracted partially by the reputed medicinal powers of the mineral waters and the scenic beauty of the area. The site continued into the early 20th century to be operated as a mineral springs resort.  The State of Tennessee purchased Wynnewood in 1970 from the Wynne family. Today it is operated and managed by the Bledsoe's Lick Historical Association.

Several significant historic outbuildings remain on the property, including a doctor's office, a small early 19th-century house, a former mineral springs resort cabin, and a barn.  In February, 2008, the house and property suffered  a direct hit from a devastating tornado that struck the community. Following the storm, a four year, $3 million dollar restoration proceeded. Work was overseen by the State of Tennessee and the Tennessee Historical Commission, and utilized Federal funding from FEMA, insurance proceeds, and supplemental state funding.  Today  more of Wynnewood State Historic Site is restored and open to the public than ever before.

The mineral springs at Wynnewood are part of the sulfur lick discovered in 1772 by Isaac Bledsoe, a Virginia long hunter. Today the spring waters still flow and visitors may see the site where Thomas Sharp ("Big Foot") Spencer spent the winter of 1778-79 in a hollow sycamore tree.