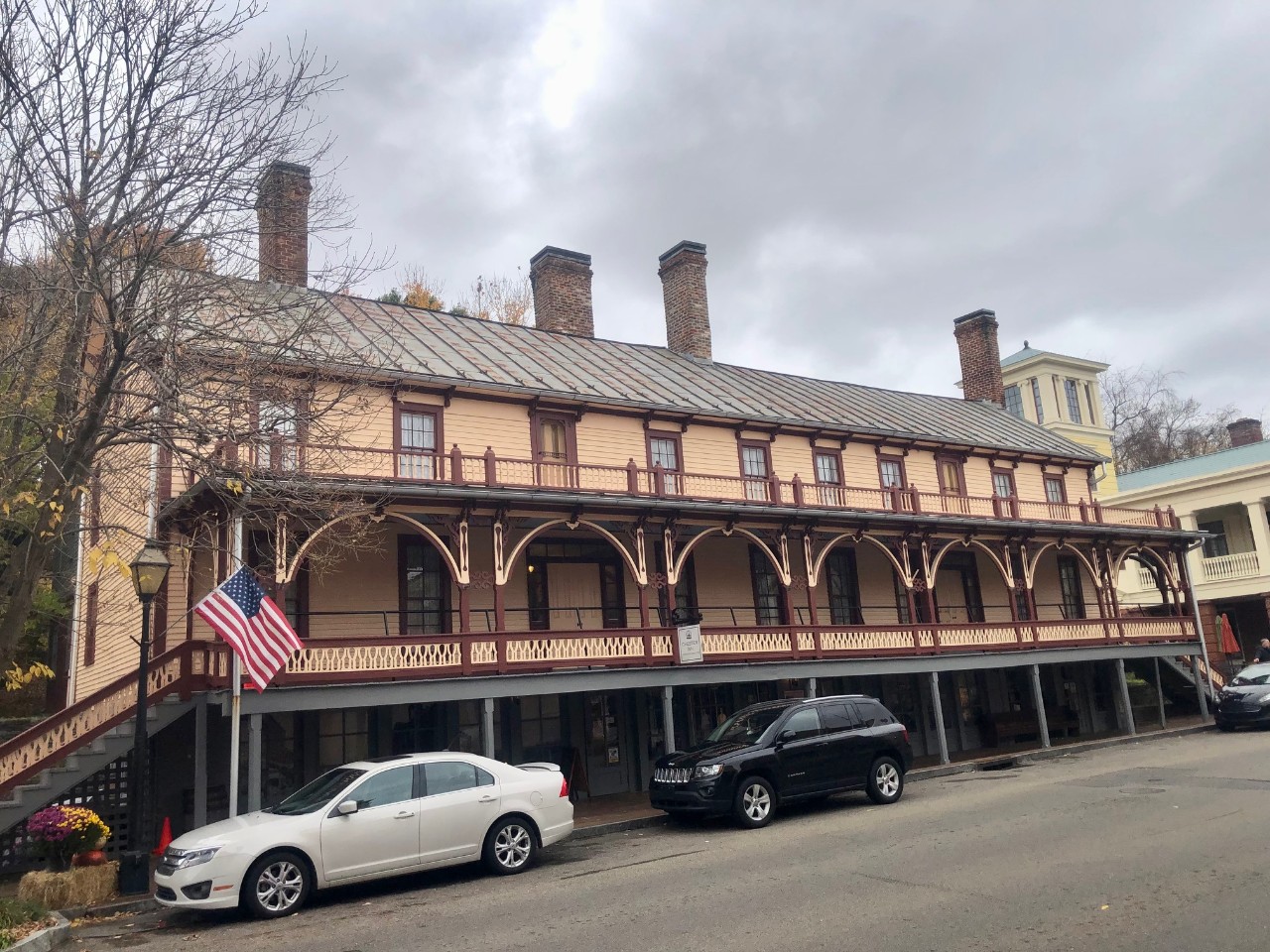 January - February by appointment only.

Dr. William P. Chester from Lancaster, Pennsylvania, built the Chester Inn in 1797 on a very prominent stage road. As a physician in a small frontier town, he found it necessary to supplement his income.  The Inn is the oldest wood frame building in the commercial historic district of Jonesborough. The original building is Federal style and in the 1880s the elaborate front porch was added, giving the building its current appearance.

The Inn was known as the finest inn on the Tennessee frontier and played host to three United States presidents-Andrew Jackson, James K. Polk, and Andrew Johnson.  Today, the Inn is a State Owned Historic Site Operated by the Heritage Alliance of Northeast Tennessee and Southwest Virginia.

It was here that Dr. Chester operated his apothecary shop in the late 1790s and early 1800s. Over the years, the cellar has been home to a variety of businesses, including the Jonesborough public library.  Since 2011, it has been the home of the Chester Inn Museum.  Located in the heart of downtown Jonesborough, the Chester Inn Museum chronicles the history of the town from its inception in 1779 to the present.  Exhibits include information on the State of Franklin, a diorama of Jonesborough in the 1850s, historic photographs, the history of the Chester Inn, and much more.

In 1797, the two rooms on the east side of the second floor were the parlor and the dining room. In the parlor, the Inn's guests sat around the fireplace and swapped stories. Breakfast, dinner, and supper were prepared in the nearby kitchen building and served to hungry travelers in the dining room. The new wallpaper in these rooms represents the Victorian period. The furnishings are a combination of reproductions and antiques.

During the early days of the Chester Inn, beds lined the walls of the two large rooms on the third floor of the east side of the building. A weary traveler, eager for a good night's sleep, could rent a bed for himself or even share a bed with another guest for a lesser fee. The Inn, quite luxurious for the time, was the first inn on the Tennessee frontier to provide featherbeds. It was here that Andrew Jackson chose to spend many nights. In 1836, the Inn was doubled in size, adding private rooms on the second and third floors of the west side of the building.

Back Porch, Kitchen, and 1836 Dining Room

From the Inn's back porch, you will see two connected buildings. The original building from 1797, which housed the kitchen, is on the east side. The cooking was done in a separate building from the lodging rooms to reduce the chance that a kitchen fire would destroy the main part of the inn. The building on the west side is the "new" dining room built in 1836 to accommodate the expanded number of lodging rooms. A second floor was added to the new dining room in 1892 to provide four more lodging rooms.

The restoration of the inn began in the early 1990s after it was purchased by the State of Tennessee. A paint analysis showed 97 thick layers of paint on the outside of the building. After much discussion, the decision was made to restore the building to its 1890s appearance because of the Victorian porch. During this time period, most paints were tinted with natural materials such as clay. The colors you see on the Inn today were used originally because it disguised the dirt which was splashed on the building by street traffic, which consisted of horses, wagons, and the Stagecoach.

The Inn, an honored historic site, has been restored and furnished in the spirit of the 1890's.