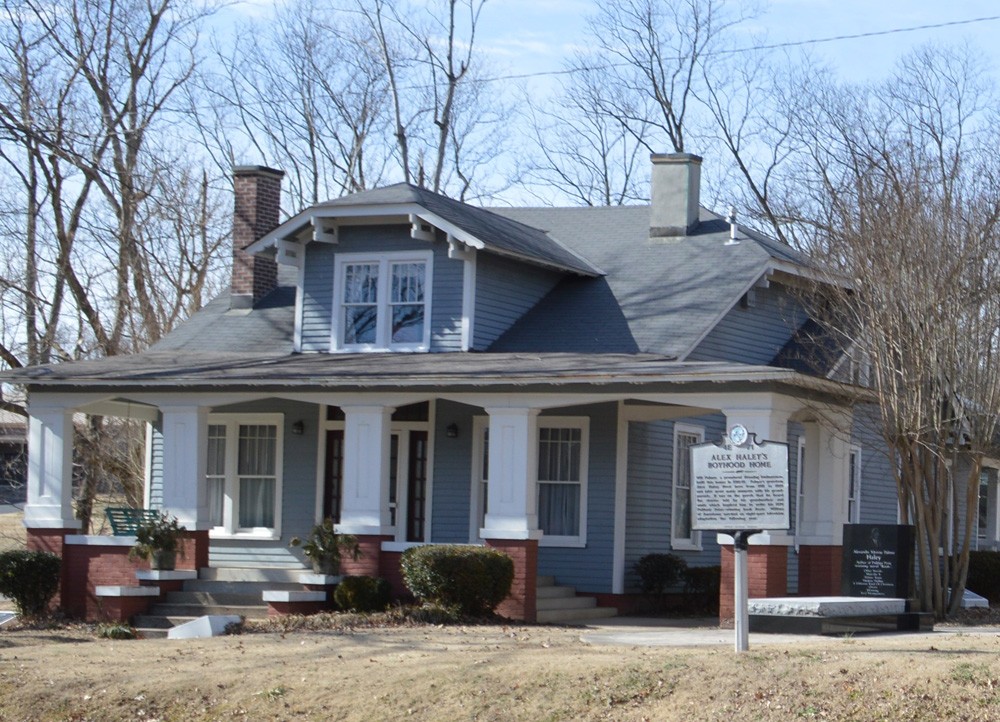 10:00 a.m. to 5:00 p.m. Tuesday - Saturday
Closed Sunday, Monday and all Holidays
Will open on Sunday for groups of 15 or more (based on availability of staff)

The new 6,500 square foot Interpretive Center, owned by the Tennessee Historical Commission, features interactive exhibits, interpretive education, artifacts from Mr. Haley’s life, and mementos from his career. It is conveniently located behind the Alex Haley House and Museum in Henning, approximately 45 miles north of Memphis.

About the Alex Haley House and Museum State Historic Site

Originally known as the Palmer House, this 10-room, turn-of-the-century, bungalow home was built in 1919 by Will E. Palmer, the maternal grandfather of Alex Haley (1921-92). From 1921 to 1929, and during some subsequent summers, Haley lived here with his grandparents.

The front porch was often the place where young Haley heard the oral accounts of family history, including stories of Kunta Kinte, the young Mandingo man captured near his West African home. These stories inspired Haley to write about his ancestry in a book called Roots. This 1976 Pulitzer Prize winning novel has been translated into over 30 languages and has had great influence in stimulating the study of genealogy. Roots was adapted for an eight-part television series, which became one of the most popular programs in television history.

On December 14, 1978, the Alex Haley House was listed in the National Register of Historic Places. It has attracted scholars and other visitors from around the world. Haley is buried on the grounds.