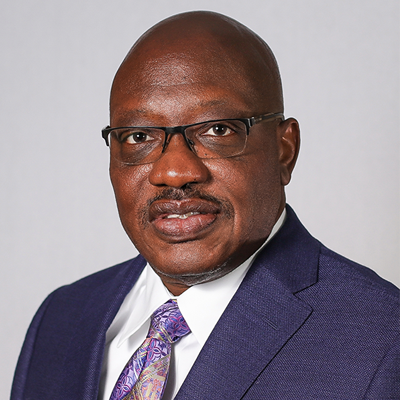 Dr. Bobby G. Baker currently serves as Senior Pastor of Divine Faith Church in Memphis, Tennessee. His secular education began at Water Valley Public Schools, and he received a Bachelor of Science Degree in Computer Science from Jackson State University in 1986. He earned the Master of Divinity at Memphis Theological Seminary in May 1998. Pastor Baker completed 1600 hours of Clinical Pastoral Education with Methodist-LeBonheur Healthcare and was awarded the distinction of Certified Chaplain by the Association of Professional Chaplains in July 2000. He completed the Doctorate of Ministry at Memphis, Theological Seminary in May, 2014.

His work with the Congregational Health Network (CHN) has been recognized as a National Best Practice by the Department of Health and Human Services and The Agency for Health Research and Quality (AHRQ). The CHN has been featured in many publications such as Salon.com, Sojourners Magazine and the New York Times. Reverend Baker is a conference presenter and has presented at Johns Hopkins University Medical –Religious Partnerships Symposium. He was awarded the 2014 Alumni of the Year at Memphis Theological Seminary.