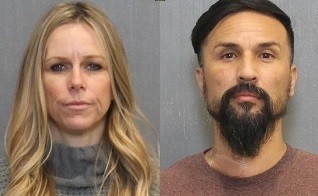 NASHVILLE, Tenn. – A Davidson County couple is charged with TennCare fraud and theft of services.

The Office of Inspector General (OIG) today announced the arrest of Gregg Garner and his wife, Tara Garner, both 43-years old. Charges against them allege they failed to report their income from businesses they owned or co-owned, including Hopewell Family Care, Califarmia food truck and Music City Handyman. The income would have disqualified members of their family for TennCare healthcare insurance benefits. As a result, TennCare paid more than $18,000 in fees and claims for healthcare services for their children.

“Income eligibility cases always prove to be complex investigations, especially with business owners,” Inspector General Kim Harmon said. “The work of our forensic accounting team and our entire staff proved to be invaluable in discovering the Garner’s true income.”

The TennCare fraud charges are class D felonies and the theft of services charged are class C felonies. The case is being prosecuted by District Attorney General Glenn R. Funk of Davidson County.

The OIG, which is separate from TennCare, began full operation in February 2005 and has investigated more than 5,760 criminal cases leading to more than $10.8 million ordered in restitution to TennCare.  This has helped lead to a total estimated cost avoidance of more than $163.6 million for TennCare, according to the latest figures. To date, 3,104 people have been charged with TennCare fraud.