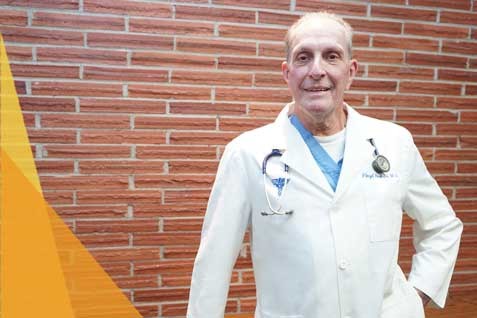 I was born and raised in Franklin Tennessee and had a good childhood. While in medical school, I was introduced to marijuana and became interested in other drugs. As a matter of fact, pharmacology was one of my favorite subjects. I tried cocaine and LSD as did many of my friends. I then went to the Air Force as a Medical Officer in Kansas City.

After getting married, I was living a good life, and then one day I tried Oxycodone. It gave me energy and felt good. I was in the Air Force two years and worked at a large hospital in the emergency room. My use escalated, and I wrote frequent prescriptions in my wife’s name. This led me to lose my license, DEA number and ultimately led to a divorce. I returned to Tennessee, hired a high profile lawyer and was back practicing medicine with no mention of treatment. This was the start of eight rough years. I married and divorced again and finally went to treatment in 1982. I wish I could say I got better, but my use continued with opioids both oral and through IV usage. Two treatment centers later, I was done and have been clean ever since.

My life turned around and one day at a time. I was on track with my wife who went through the last bad years with me. I live in Trousdale County and had a medical office for 27 years. I still occasionally work in the emergency room. I am still active in step programs. I have been able to medically assist many addicts and alcoholics over the years. I am very grateful for my recovery. I have been clean for 32 years October 8th. God is good!