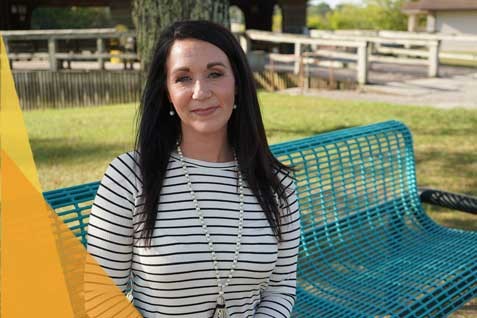 I started abusing drugs at a very young age. I was prescribed anti- anxiety pills by a doctor at age nine. I started seeing this doctor because I was unable to function and live life. The problem was I was hiding sexual abuse that had happened. The medication prescribed to me was heaven in a bottle. I remember how emotionally numb I felt when I took them, and I loved that. I continued taking the medication until I was 15 years old which is when I became pregnant with my oldest son. A marriage and divorce later, I met a man who introduced me to Oxycontin. Little did I know this pill would become my master and greatest love. I was 19 and had a two year old son who meant the world to me. I was, however, a damaged young woman who had a lot of issues from being sexually, mentally, verbally and physically abused in my past. The man I met also had a drug addiction, and I started using them just so we could have a life together. I had no idea what kind of prison I was becoming.

In the beginning it was fun. I only used drugs on the weekends. I was functioning during the week, and the weekend was spent partying. Early in my addiction, I became pregnant with my second son and stopped using as soon as I received that news. Shortly after his birth, though, I started using again. It did not take long before I was using every single day and could not function without them. I started missing bill payments and was struggling to support my drug habit. So, my live-in boyfriend decided we would sell pills to support our habits. My life took a nosedive from there. In a matter of a couple years I literally lost everything I owned, including both my children. I had become an IV drug user, and I was homeless. My family had given up on me and would not even speak to me. I had been to jail several times for selling drugs and theft. I had nothing and no one, yet the sad part was I didn’t even care. I wanted to die, but I was too scared to kill myself.

March 16, 2010 was the best day of my life. I was arrested. I realize it doesn’t sound like the best day, but it was. I went to jail for possession of drug paraphernalia and went through two weeks of the worst detox ever. I thought I was going to die, and to be honest I believe the prison staff thought it too. Before going to jail I was shooting 720 mg of Oxycontin. This time was the longest I spent behind bars so I had never truly been through a detox period. I prayed for my higher power to either let me die or to help me. A month later I signed up for a drug court program. I was released from jail to go to a rehabilitation facility where I spent 28 days and then went to a halfway house where I spent 18 months. I was in that drug court program for three years. Those places, along with Narcotics Anonymous and my higher power, gave me the tools I needed to stay clean. I regained custody of my youngest son and restored my relationship with my oldest son. Today I have 9 ½ years clean, have been married for six years and we have a 6 year old daughter together. I am in college and will be graduating soon. Before I started college, I was a Certified Peer Recovery Specialist and worked with the Scott County Recovery Court. I still continue to attend meetings and give back to my community. I regularly attend church and keep God at the center of my life. I now live a life I love and am a forever grateful addict in recovery!