The project along State Route 317 (Apison Pike), from State Route 321 (Ooltewah Ringgold Road) to east of Layton Lane in Hamilton County, includes realignment and reconstruction for approximately 3.4 miles. The roadway will be widened from two to five lanes.

This project is part of a larger effort to reconstruct and widen Apison Pike from Interstate 75 to East Brainerd Road. Due to the significant size of the overall project, the proposed improvements have been separated into four smaller sections or phases. To read more about all improvements for the corridor, visit the Apison Pike project website.

The proposed improvements for the corridor are intended to correct roadway deficiencies, improve access, and increase capacity, thereby improving the safety, efficiency, and operation of the roadway.

The majority of the existing route is a two-lane highway with negligible shoulders. The section between Ooltewah Ringgold Road and Layton Lane will be reconstructed, shifting nearly half of the route to the north of the existing roadway. The new alignment will be a five-lane facility, allowing for two lanes in each direction with a dedicated center turn lane.

A new intersection will be built at Tallant Road with a roundabout design.

A new bridge will be built over the Norfolk Southern Railroad to separate the tracks from the state route. In total, construction will include five (5) bridges, as well as nine (9) walls, along the route.

Additionally, 4-foot bike lanes and 5-foot sidewalks will be constructed along both sides of the roadway. 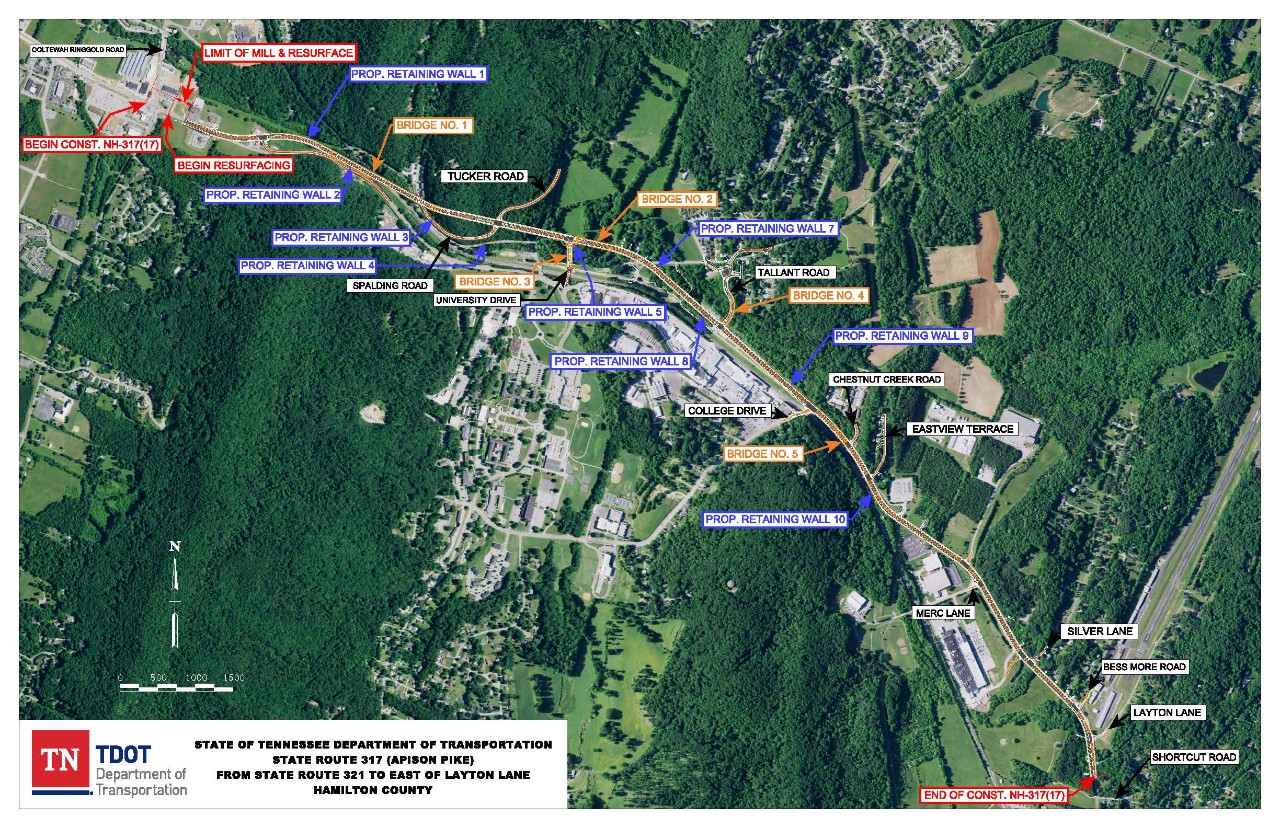