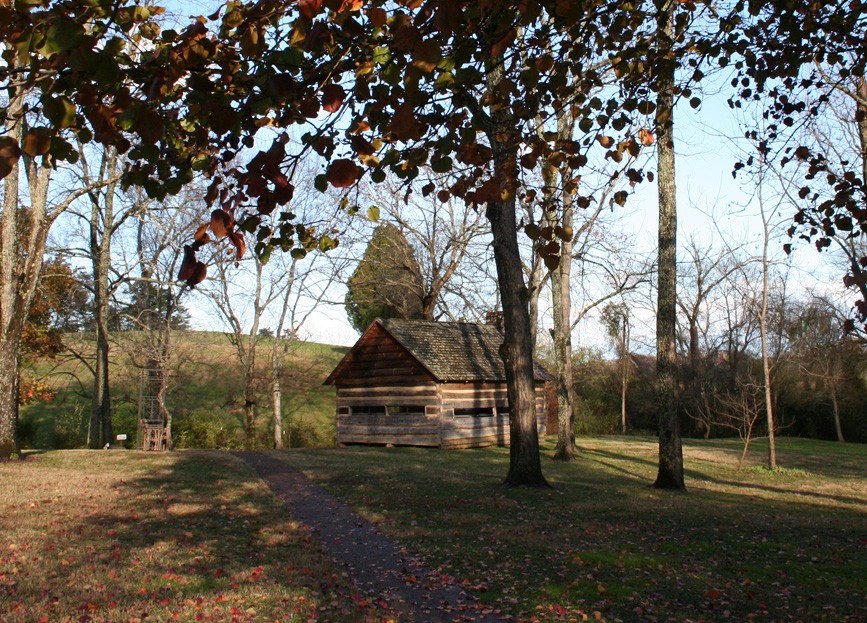 Closed Mondays, Good Friday/Easter weekend (will reopen on Tuesday following Easter Sunday), July 4th, Thanksgivng, Christmas Eve, Christmas Day and all major holidays. The schoolhouse will close the last Saturday before Christmas and reopen on the first Tuesday in February.

The Sam Houston Schoolhouse is named for the soldier, statesman, and pioneer from East Tennessee. Built of hewn poplar logs, it is representative of field schools of the late eighteenth and early nineteenth centuries. Desks are cleverly converted from the window apertures, and a seven-foot ceiling hovers over hewn log seats.

Born in 1793, Sam Houston had no taste for farming. Instead, he enjoyed the Cherokee way of life and spent much time living happily with the Indians. In fact, the Cherokees adopted him and gave him the name "Colonneh," or "Raven." Before the War of 1812, he taught in this field school, where tuition was eight dollars per term. As a soldier, he was wounded during the war, and later he resigned from the army.

After the war, he studied the law. He was appointed Adjutant General in the Tennessee State Militia and was elected to Congress for two terms (1823-27). In 1827 he became governor. Before his term ended, his wife of four months, Eliza Allen Houston, hastily and mysteriously left him, and he resigned as governor and went to Arkansas to live with his Cherokee friends.