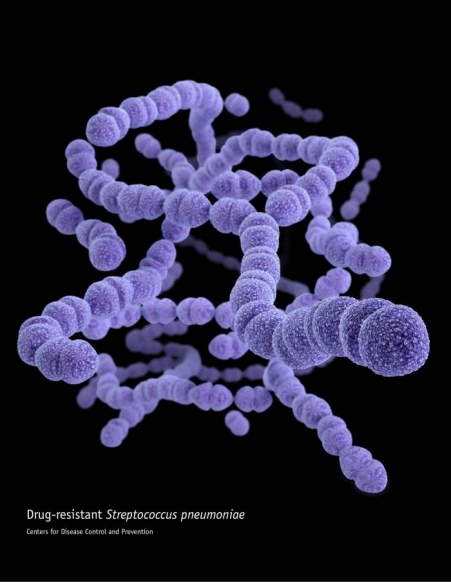 Description of illness:  Pneumococcal disease is an infection caused by the Streptococcus pneumoniae (S. pneumoniae) bacterium, also known as pneumococcus. Invasive disease means that bacteria invade parts of the body that are normally free from bacteria. For example, pneumococcal bacteria can invade the bloodstream, causing bacteremia, and the tissues and fluids covering the brain and spinal cord, causing meningitis. When this happens, disease is usually very severe, requiring treatment in a hospital and even causing death in some cases. Children younger than 2 years old and adults 65 years old and older are at an increased risk for pneumococcal disease. Early diagnosis and treatment are critical.