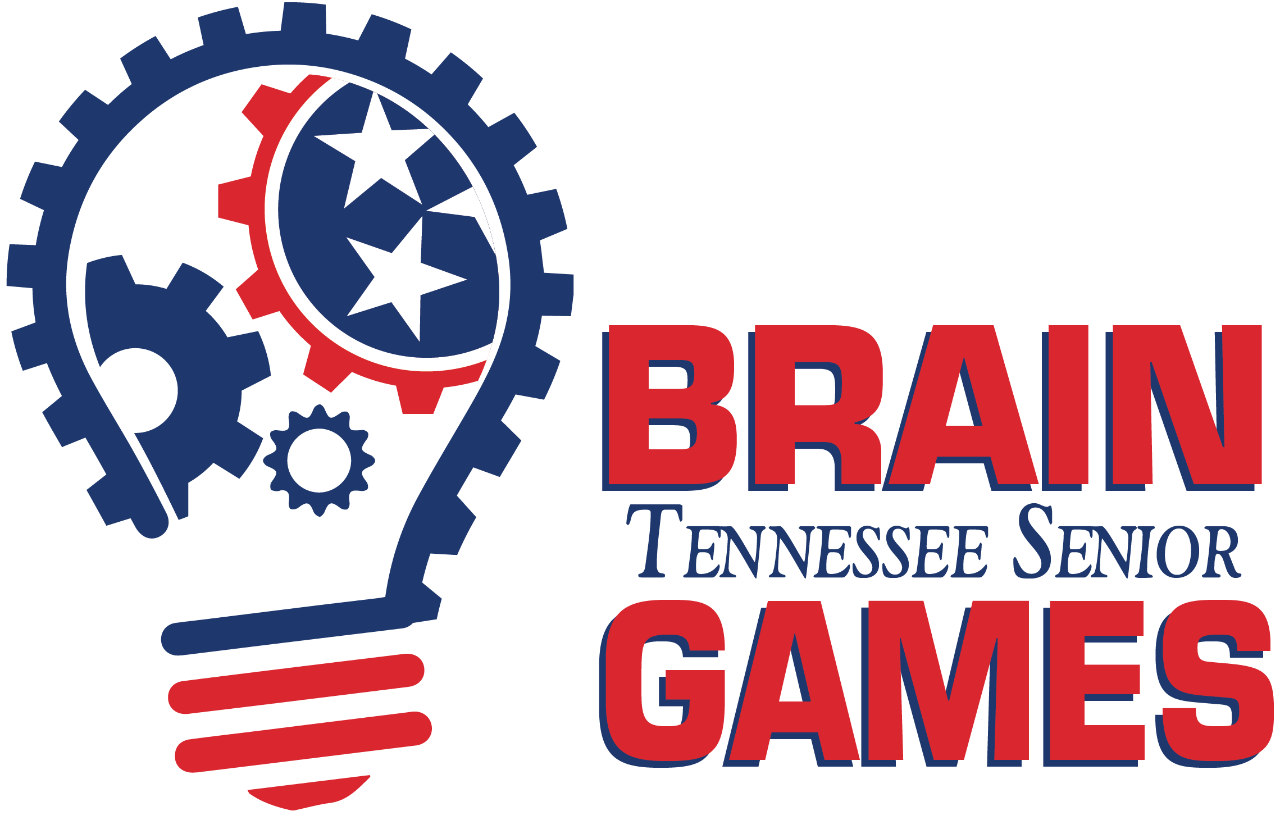 What Are the Senior Brain Games?

An active brain is more likely to be a healthy brain. The science is still catching up, but common sense tells us that as we age it's important to keep challenging ourselves, to keep learning new things. It's also important to spend time with other people. Brain Games meets both goals by giving seniors yet another reason to attend one of Tennessee's many great senior centers.

People of all ages enjoy trivia games. At a senior center, you can play for fun with other people in your area. You may also find others willing to play on a team and compete for the title of Tennessee Senior Brain Games State Champions!

Three in a Row: the Jonesborough Olde Towners Win Again! 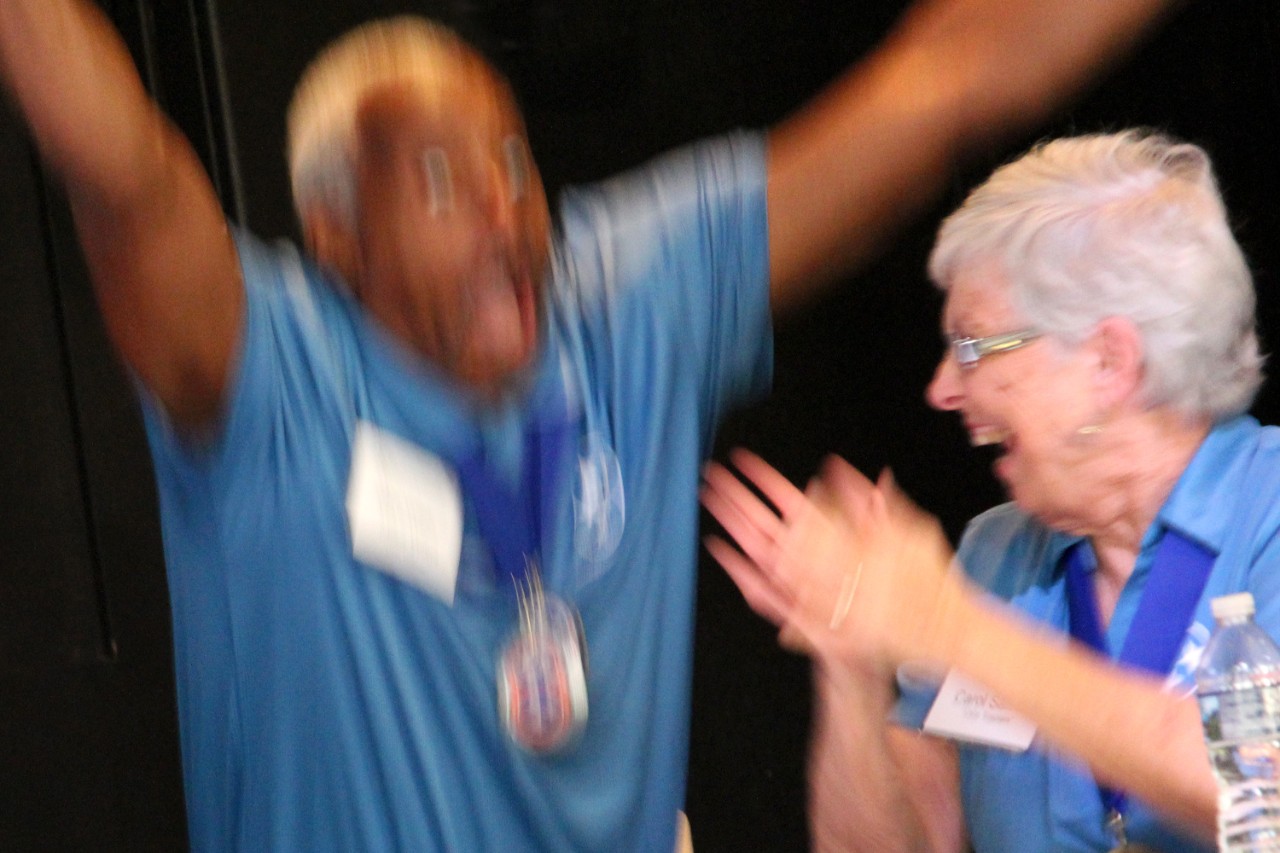 The Jonesborough Olde Towners were once again victorious at the Tennessee Senior Brain Games statewide championship. With three consecutive victories behind them, the Jonesborough Senior Center will now be the permanent home of the championship trophy representing the first six years of competition. The team also won $2500 for the center.

As was true in 2017, the town of Jonesborough, as well as the senior center's staff, graciously welcomed the challenging teams from across the state: The Chester County Challengers from West Tennessee; the Smith County Whipper Snappers from Middle Tennessee; and the SoKno Skolerz from Knox County. TCAD thanks the Jonesborough Senior Center, the town of Jonesborough, and the senior centers and participants across the state who continue to help grow this worthwhile competition.

As announced by the agency when it introduced the element of championship title defense, the final will return to Nashville, Tennessee in 2019 because a team has now earned three consecutive victories. The Olde Towners will still defend their title in 2019, but they will do so in Nashville against three other teams from across the state. Will one of those teams be yours?

Meet the New Champs, Same as the Olde Champs!

Congratulations to the Jonesborough Olde Towners! The team has successfully defended its title of statewide Tennessee Senior Brain Games champions. The town of Jonesborough was welcoming to all, and the Jonesborough Senior Center, under Director Mary Sanger, put together a memorable experience for everyone in attendance. The town is truly one of the most charming in the state and the center one of which they can be proud. Because the Olde Towners won, we will be returning to Jonesborough in October 2018, and Director Sanger has already made clear her intention to set an even higher standard as a host. Tennessee senior centers: You will want to fight hard to make it to Jonesborough next year!

Our Statewide Semi-Finalists (as of September 7, 2017)

On Friday, October 6, 2016, the Jonesborough Olde Towners surprised themselves and the Tennessee Senior Brain Games audience by becoming Tennessee's Senior Brain Games statewide champions. This year the main event took place at the First United Methodist Church in Morristown, Tennessee. This was the second time the finals were held in Morristown. The turnout was the best yet, and energy was high. 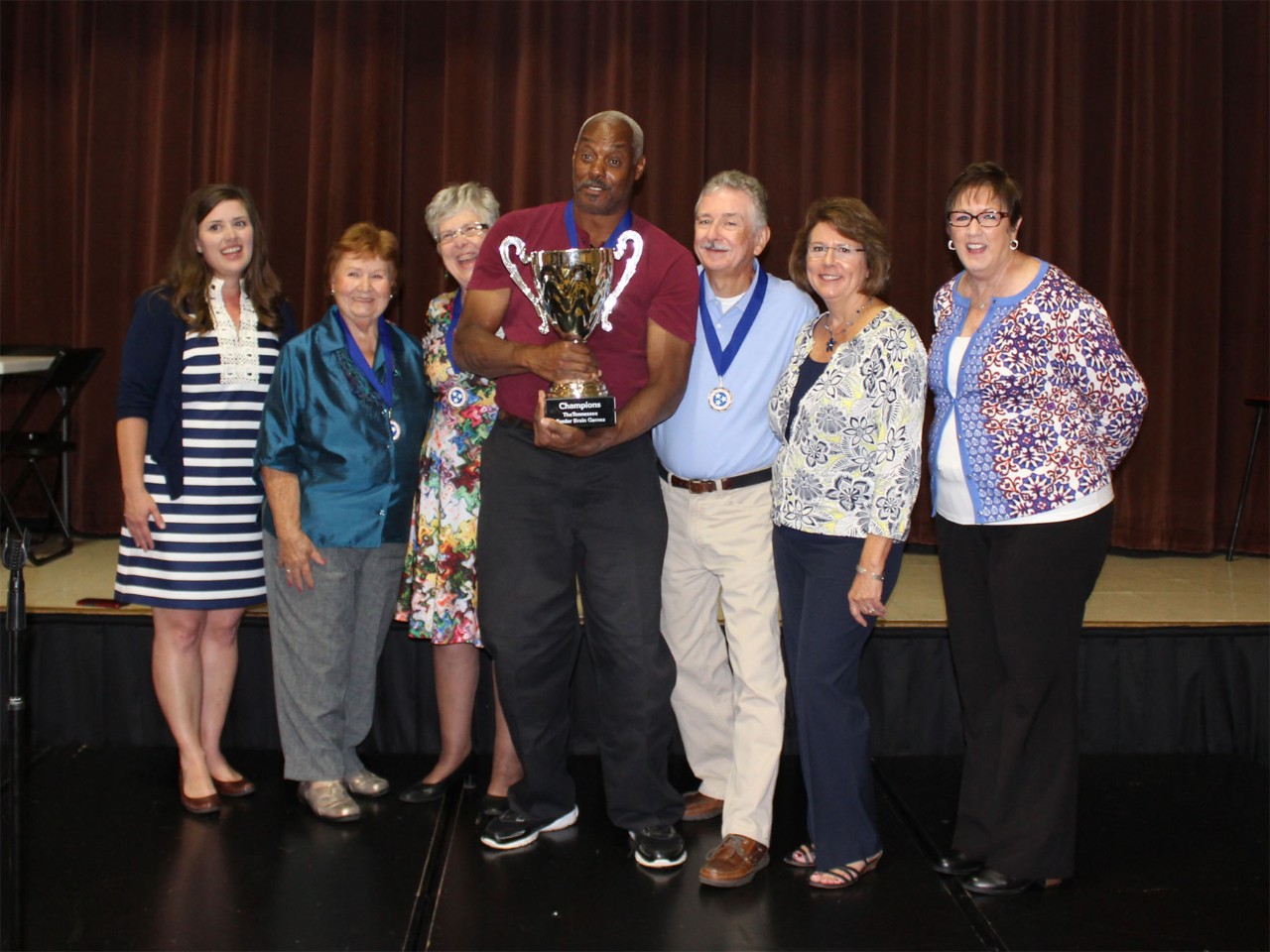 The Olde Towners hail from the Jonesborough Area Senior Center. The senior center will be awarded $1000 for the win, will house the championship trophy throughout 2017, and will host next year's championship game. That's right, we're going to Jonesborough next year—back to East Tennessee! *Jonesborough is part of the First Tennessee area, the Area Agency on Aging and Disability (AAAD) under Director Kathy Whitaker.

Congratulations to the Jonesborough Olde Towners, and thank you again to the city of Morristown and the Morristown Senior Citizens Center for your hospitality. We couldn't have asked for better hosts and better partners for this event. And to everyone across the state: KEEP PLAYING!

The Morristown Senior Gamers Retain Their State Title in 2015

Tennessee's Senior Brain Games champions and challengers came together in Morristown, Tennessee on Friday, October 9, 2015 to compete for the big win. The final scores were as follows:

Attendance at this year's championship game was the best so far! We congratulate and celebrate all of our Brain Gamers statewide, both the four teams who attended the final game and those who played throughout the state in the months leading up to the championship. 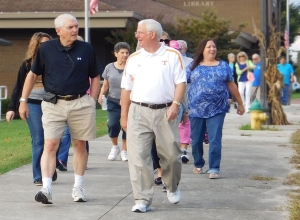 We thank the city of Morristown (as well as Morristown Mayor Gary Chesney and Hamblen County Mayor Bill Brittain) for its hospitality, encouragement and participation. The day began with a Mayors Mile walk to promote brain health.